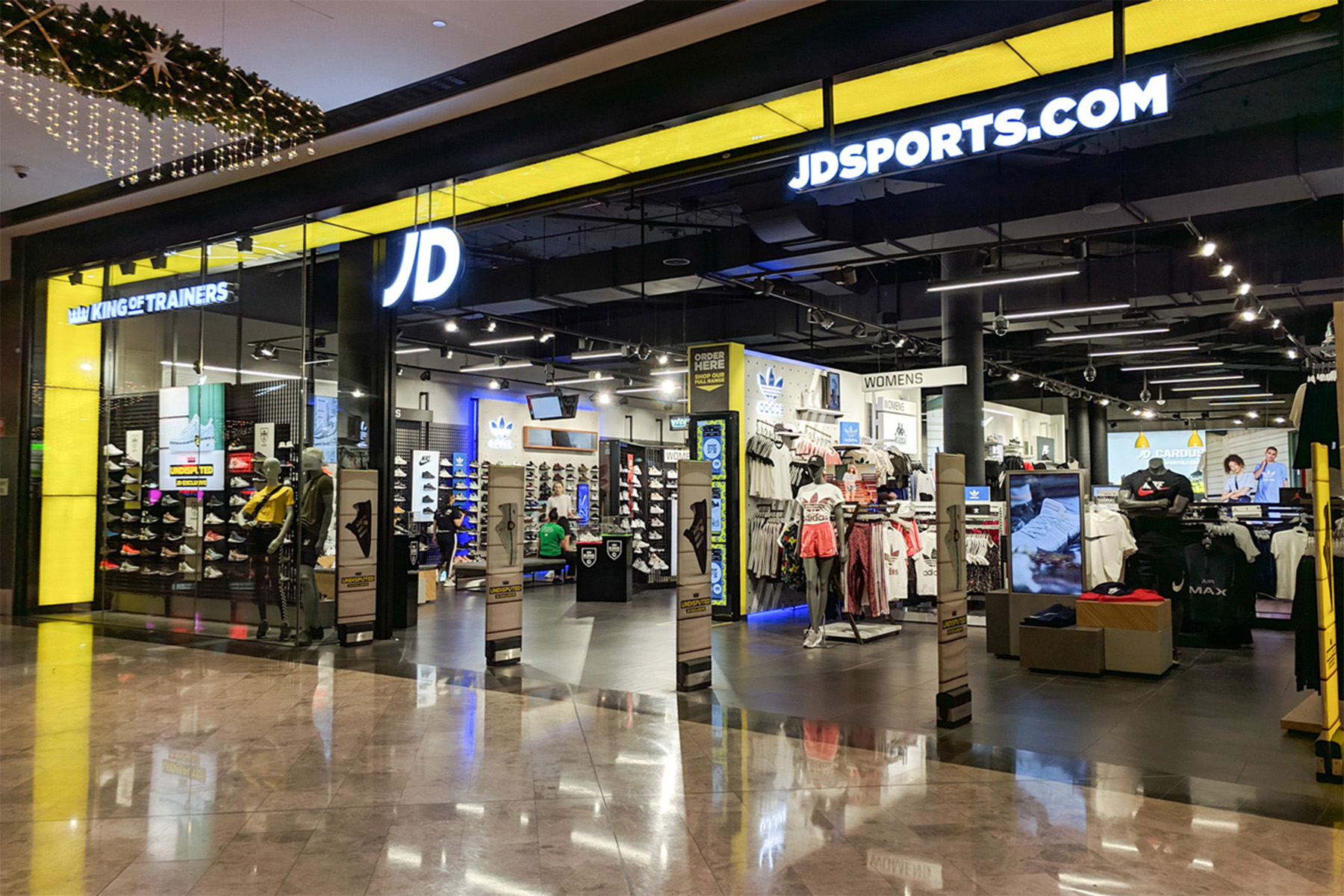 U.K.-based JD Sports Fashion, which now counts more than 930 standalone stores in the U.S. plus a concession business inside Macy’s locations, wants to strengthen the online businesses of its latest acquisitions, Shoe Palace and DTLR.

Shoe Palace, focused on the Latino consumers on the West Coast and in southern U.S. states with 163 locations including four Nice Kicks stores, currently produces more than 10 percent of its overall revenues from apparel versus 6 percent when the business was acquired by JD. However, only 4 percent of Shoe Palace’s current total revenues are generated online. Meanwhile, at DTLR, which JD acquired for $423.6 million in March 2021, only 3 percent of total revenues are created through online purchases.

The company says it “is encouraged by the progress that JD is making in the U.S.” with 87 stores at FY end. The banner will be extended further this fiscal year through both new stores and the conversion of existing Finish Line doors. Last year, the group also opened its first JD stores in Canada in both Toronto and Vancouver. Currently, JD intends to keep its JD/Finish Line/Shoe Palace/DTLR banners separate since there is little crossover in locations and each has its own unique DNA. However, the parent is eyeing operational synergies among the businesses in key areas, including logistics and information technology.

‍Academy Sports + Outdoors realized a 2.4 percent decline in first quarter footwear sales to $303,132,000 from $310,447,000 for the period ended April 30. The drop was attributed to lower sales of casual and seasonal styles and team sports footwear that was partially offset by higher sales of youth styles. Still, footwear represented 20.7 percent of all Academy revenues during the period versus 19.6 percent in the year-ago period. Ecommerce sales grew 19.2 percent to 9.5 percent of total revenues, or an implied $139.4 million, versus 7.4 percent of sales and $116.95 million.

Adjusted shoe store sales fell 3.0 percent year-over-year in April to $3,343 million from $3,446 million, according to the latest monthly sales data released by the U.S. Dept. of Commerce. May shoe store figures are not yet available. Total May sales were up 8.1 percent y-o-y, but down 0.3 percent from April. A 6.9 percent increase in y-o-y overall retail trade sales were impacted by higher sales of gas (+43.2%) and food (+17.5%)