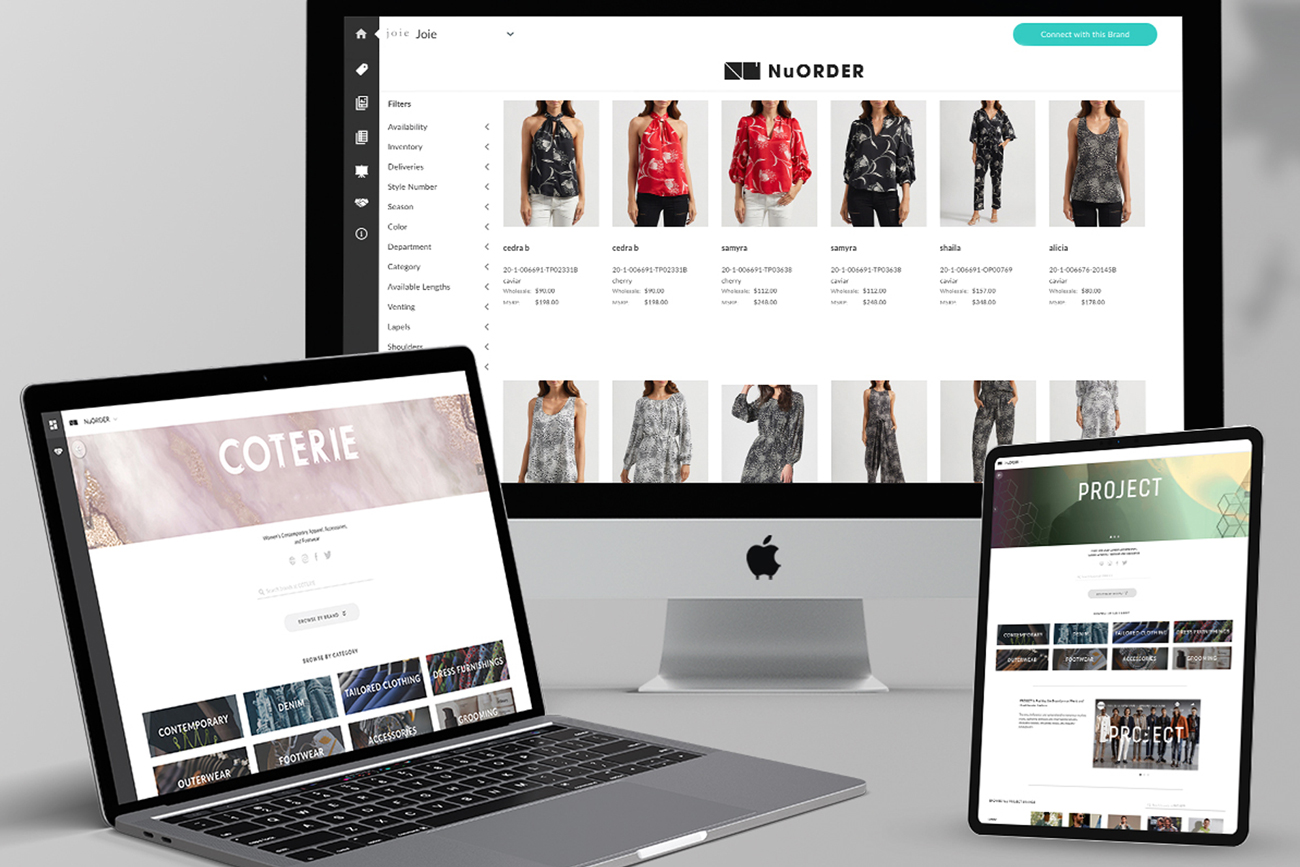 Informa Markets Fashion, producer of the MICAM Americas, MAGIC and Project trade shows, is partnering with e-commerce wholesale platform NuORDER for a digital tradeshow that will launch in conjunction with Informa’s physical shows for fall. The first of the digital events will debut in the men’s market in August, followed by a women’s show in September.

“We see this as an important next step in the evolution of our business, and the fashion industry as a whole. The live event experience is irreplaceable; fashion in particular is a very tactile business — buyers want to feel fabrics in their own hands and see colors with their own eyes. But we also believe that the future of fashion wholesale is a synergy of physical and digital," Nancy Walsh, president of Informa Fashion Markets, said in a release. "Our first step in this direction is our partnership with NuORDER and the digital tradeshow we will debut this year, which we believe will help translate the experience of discovery and connection that is at the heart of our physical events to a new and exciting virtual environment."

North American sales for ASICS were higher than planned until February, but ended the period down 20 percent in constant currency to the equivalent of $145.7 million. Performance running sales accounted for 78.1 percent of the topline, or an implied $113.3 million. With regional marathon events being postponed or canceled, the Japanese brand promoted virtual races utilizing ASICS Runkeeper and realized a doubling of year-over-year registrations for the app that verifies the progress of various activities such as running, walking and fitness. Global first-quarter revenues dipped 13.5 percent to the equivalent of $793.4 million, with performance running accounting for nearly 45 percent, or $356.1 million.

Family-owned outdoor retailer Orvis has named a new president. Simon Perkins will assume the top spot at the Sunderland, VT-based firm effective immediately, and is the third generation of the Perkins family to head the company. Bill McLaughlin, outgoing president and CEO, will serve as an advisor through transition period.

Orvis runs more than 80 retail shops in the U.S. and U.K., in addition to its Orvis Adventures travel business.

Deckers Will Continue Investing in Hoka