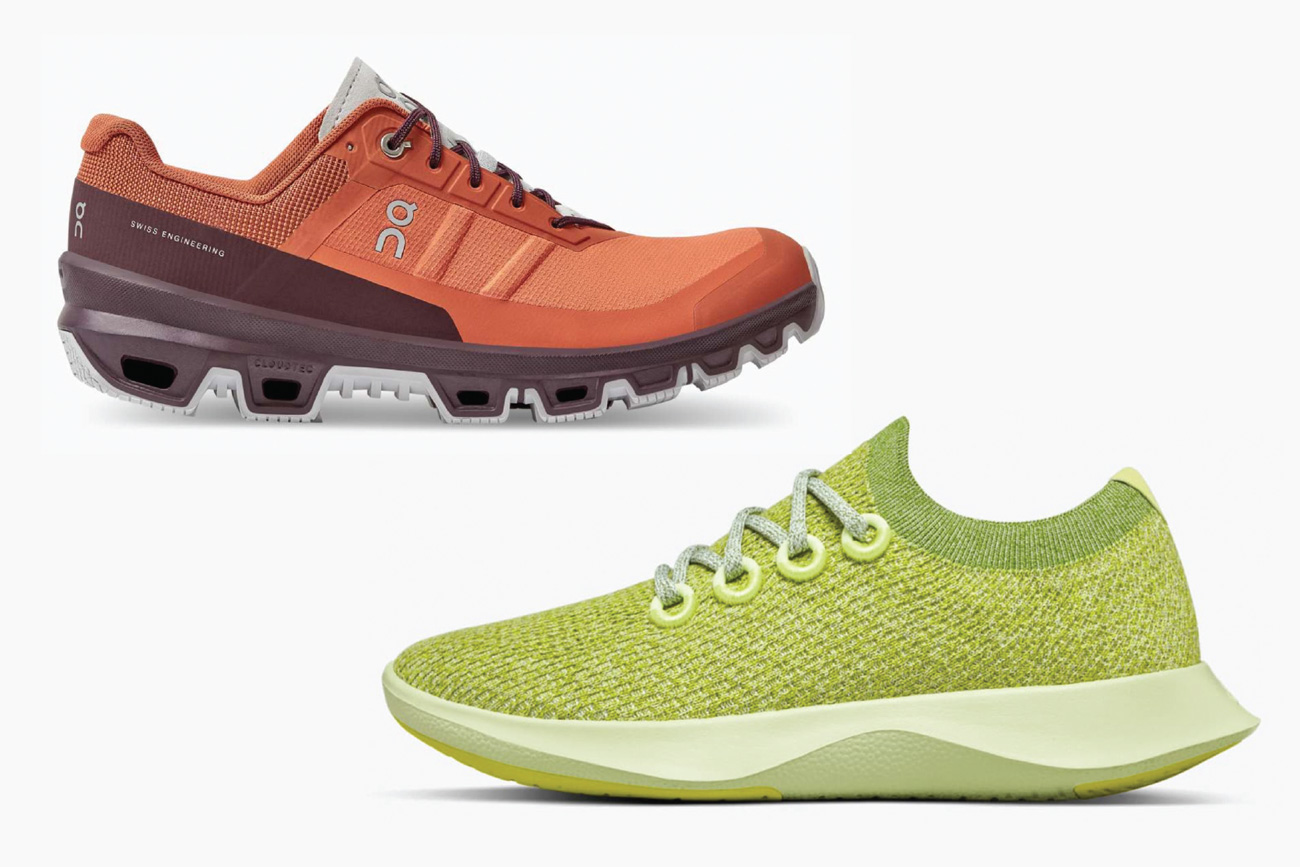 Two of the more buzzed about brands of the past few years in the active and athleisure space, respectively, are going public.

More than a decade after its founding in Switzerland, running footwear brand On has filed for an Initial Public Offering on the New York Stock Exchange under the ticker, ONON. In the F-1 filing by the brand’s parent, On Holding AG, the company discloses that its revenue grew 85 percent in Swiss francs during the first half of 2021 to the equivalent of $345.4 million with a gross margin of 59.3 percent and a net profit of $4.12 million. An estimated 52 percent of the H1/21 topline was generated in North America versus 49 percent in FY20. The brand entered the U.S. and Japan markets in 2013 after Germany in 2011. In 2018, On moved into China and Brazil.

On’s running footwear is known for its distinctive cloud technology that has helped it differentiate itself from the pack. The brand, which has had financial backing from tennis star Roger Federer since 2019, has also started to dip its toe in the tennis market with the introduction of tennis-inspired sneakers.

Currently distributed across 60 countries totaling 8,100 retail doors, On generated 37.7 percent of its H1/21 sales from the Direct-To-Consumer channel where it has 900,000 active customers, up from 36.6 percent in FY20 when total year-over-year revenues rose 59 percent in Swiss francs to the equivalent of $465.8 million and the company’s annual net loss surpassed $30 million. On, which has distribution partners in 25 countries, wants to selectively build flagship stores in key global cities with retail doors in China seen as a key growth pillar for the brand. The company currently operates a flagship store in New York City and four smaller stores in China.

Led by Co-CEOs Martin Hoffmann and Marc Maurer, On, which does all product design in Switzerland, has a senior executive team of 14. Following the offering, the company’s founding team, which includes Executive Co-Chairman David Allemann and Caspar Coppetti and Olivier Bernhard as an Executive Board member, will control most of the stock.

The San Francisco parent of Allbirds, the six-year-old, global lifestyle brand filed its initial S-1 for a public offering of stock in late August. After reporting a net loss of $25.9 million on nearly $219.3 million in revenues in FY20, Allbirds had a 27 percent increase in H1/21 revenues to $117.5 million and a loss of more than $21.1 million. International markets contributed 24 percent of FY20 revenues.

Last year, the company, led by Co-CEOs and Co-founders Joseph Zwillinger and Timothy Brown, generated 53 percent of its topline from repeat customers and 85 percent from the digital channel. Allbirds also operates 27 retail stores, 15 in the U.S. and 12 in international markets, and nine distribution centers.

With a sustainability and purpose-driven focus since its inception, Allbirds says its footwear, which can go from purchase orders to ex-factory in as few as 45 days, has a 30 percent lower carbon footprint than a standard pair of sneakers. The company has had a carbon-neutral supply chain since 2019. That same year, Allbirds entered the apparel segment with the introduction of socks. Shirts and sweaters were added to the mix in Oct. 2020.