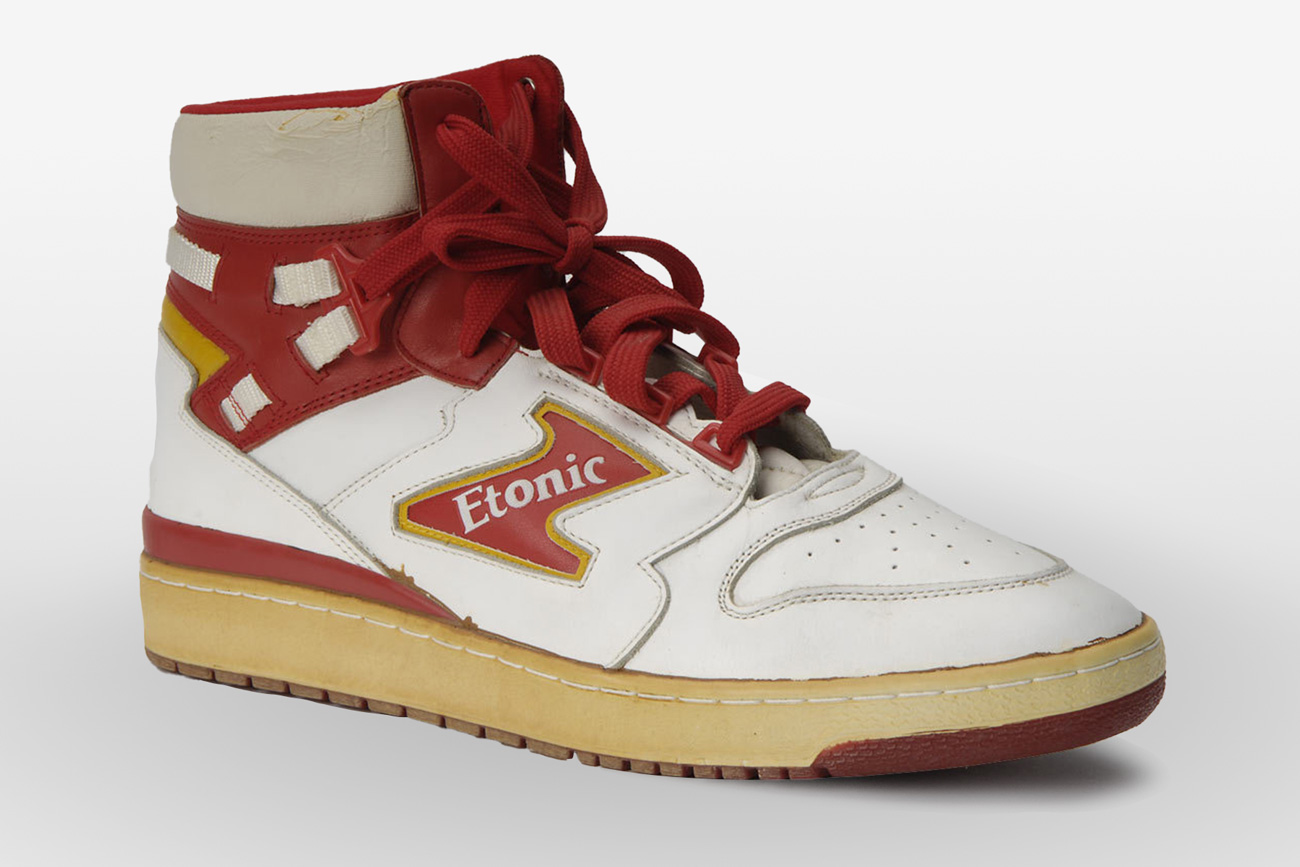 An archive image of an Etonic basketball shoe style worn by Hakeem Olajuwon in the 1980s.

An archive image of an Etonic basketball shoe style worn by Hakeem Olajuwon in the 1980s.
December 22, 2021
By
Bob McGee
&
No items found.
Issue
Newsletter
Share:

Heritage athletic brand Etonic will be back at retail next year. The Licensed Brands division of Nashville-based Genesco, which also operates the Journeys retail chain, has secured an exclusive three-year agreement for the 145-year-old brand with Etonic Holdings Inc. Two three-year renewal options could extend the Etonic-Genesco partnership until Jan. 31, 2030.

Genesco will design and manufacture Etonic-branded footwear, with retail prices ranging from $50-110, for men, women, and children. The first line will be available in sport and shoe specialty stores for the Fall 2022 season.

Etonic's brand heritage includes its heyday in running, golf and basketball, when it had affiliations with sports legends such as Arnold Palmer, Bill Rodgers, and Hakeem Olajuwon. The new line will aim to build off this “foundation for lifestyle footwear built on the brand's performance heritage but designed for today's consumer," according to Andy Gilbert, president of Genesco Licensed Brands.

With the addition of the Etonic label, Genesco expands its retro/heritage branded footwear space. The company already produces and distributes footwear for the Levi’s, Dockers, and Starter brands.