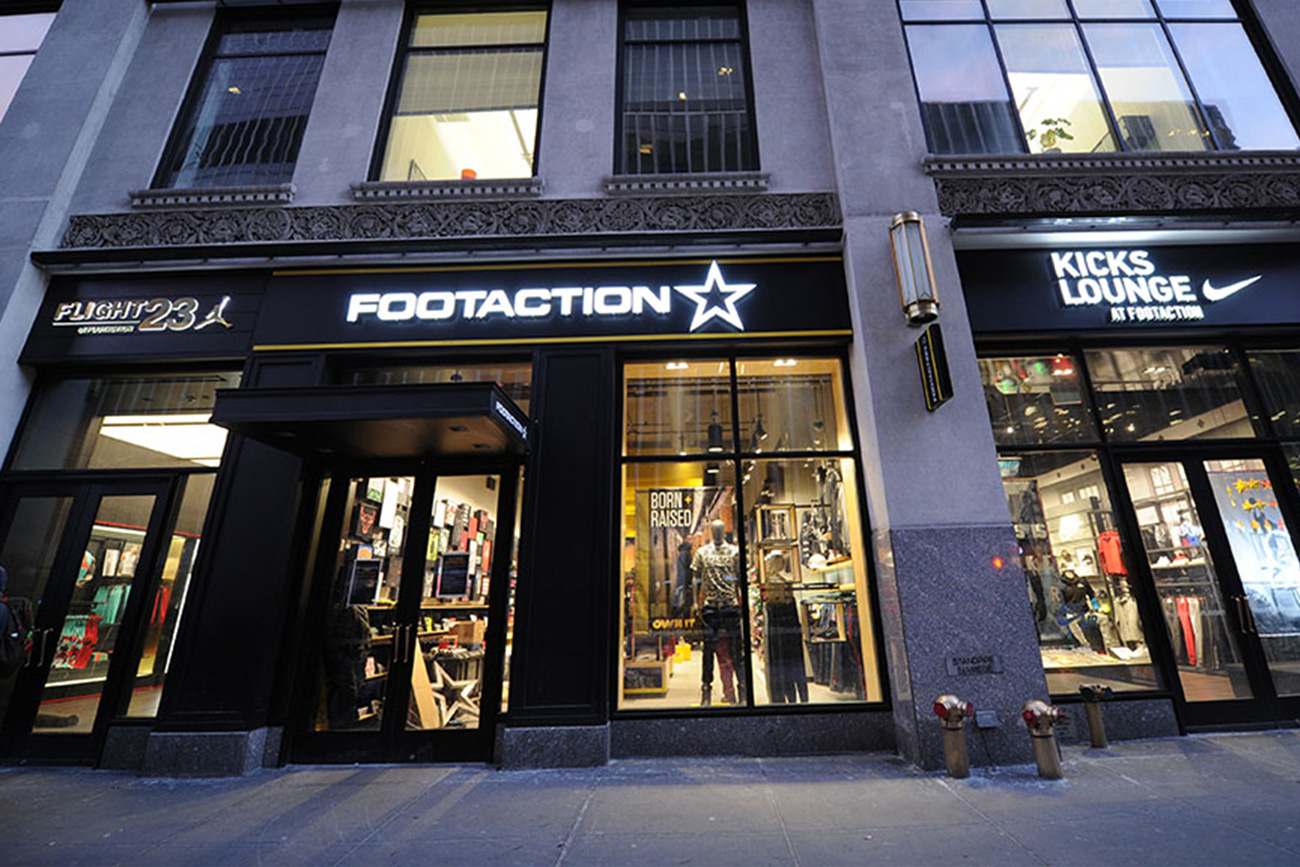 Foot Locker is parting ways with its Footaction business, converting approximately one-third of the 231 doors to Foot Locker or Champ Sports banners with expanded women’s, kids’ and apparel offerings and letting leases on the remaining locations expire over the next two years. FL, which acquired the nameplate from bankrupt Footstar in May 2004 for $226 million, positioned Footaction as lifestyle-oriented counterpart to its Locker banners and most often located them in urban markets.

But in recent years as the performance and lifestyle athletic footwear markets have converged, Footaction has largely underperformed for its parent. Last year, Foot Locker changed some Footaction banners to Foot Locker nameplates in Los Angeles and saw store productivity improve, FL Chairman and CEO Dick Johnson confirmed last week. Later adding, “We can share that the profitability and productivity of Footaction trails the (FL) portfolio.”

News of Footaction’s eventual extinction as a retail athletic nameplate came as Foot Locker announced strong Q1 results, fueled by triple-digit sales gains in March and April, a significantly less promotional environment, federal stimulus checks and tax refunds in customers’ pockets and a gaining digital business. On a comparable basis, the retailer’s digital sales rose 43 percent in the period to represent 25 percent, or an implied $538 million, of $2,153 million in total revenues.

In addition to the changes at Footaction, Foot Locker is moving forward with plans to grow its Champs Sports homefield concept with larger men’s, women’s and kids’ assortments focused on both lifestyle and performance and has increased the number of SKUs available within its Eastbay business via a Nike drop-shop program. More SKU availability could be on the horizon through similar drop-ship programs from other key vendors.

Foot Locker executives said Q1 footwear sales rose more than 70 percent with apparel/accessories rising triple-digits. Men’s basketball, led by the Jordan Brand and new initiatives from Puma, New Balance and Reebok, rose high double-digits. Meanwhile, new seasonal footwear offerings from the likes of UGG, Birkenstock and Crocs, attracted new customers to the nameplate. On the apparel/accessories side, FL called “the casualization of society” the catalyst for the segment’s sales improvement, led by shorts.