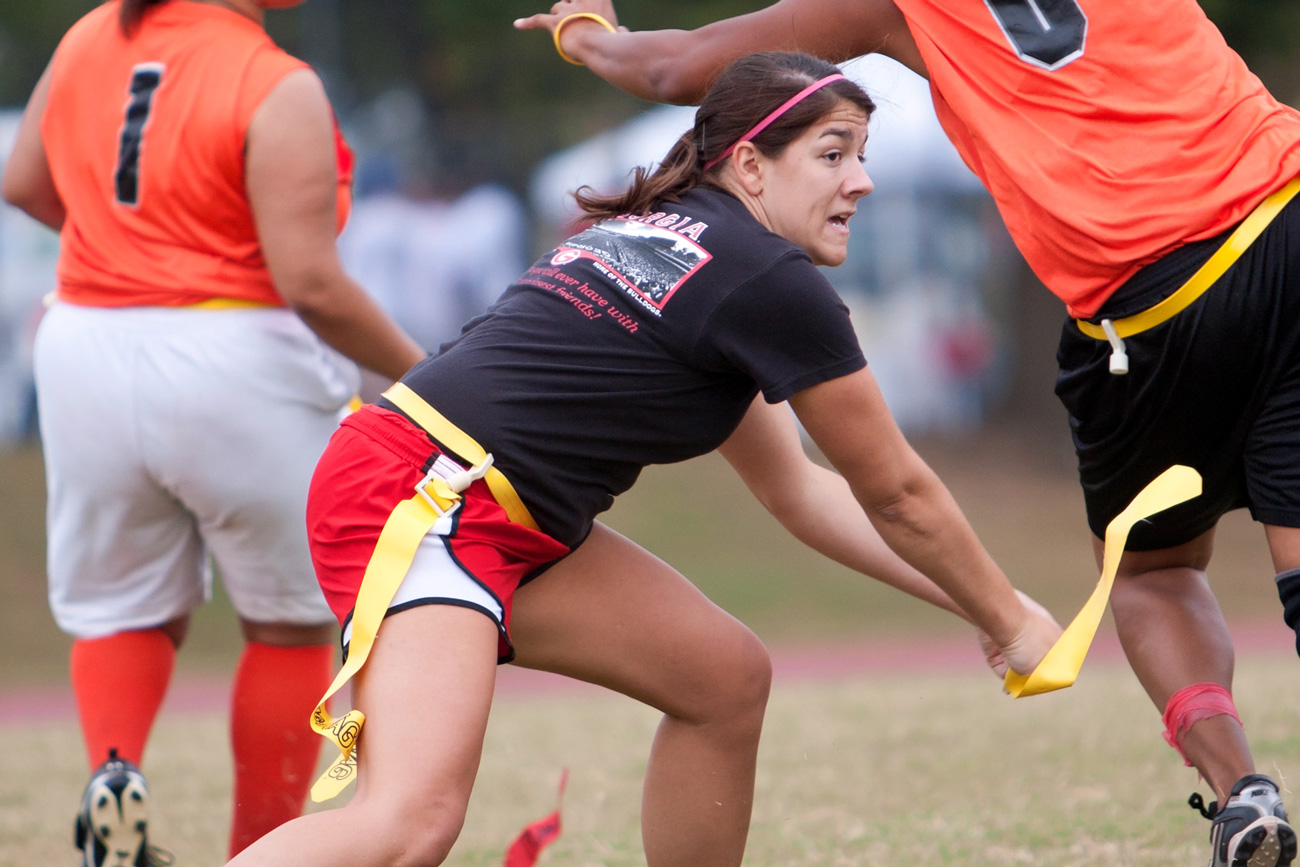 Flag football is filling a niche in the continued strength of football in America, especially with girls.

Flag football is filling a niche in the continued strength of football in America, especially with girls.

One of the big supporters of flag football is the National Football League (NFL), which means flag football’s future is strong and promising, both in the U.S. and overseas.

According to Roman Oben, the NFL’s VP–football development, the NFL, NFL Foundation and partners such as Nike – lead by RCX Sports -- have and continue to invest into various forms of flag football through partnerships with different organizations.

“Well over $1 million has been invested by the NFL in flag football,” adds Oben.

NFL Flag has been a major part of the growth of girls’ high school flag football. NFL Flag works with the NFL and NFL clubs to provide funding for pilot programs and sanctioning girls’ flag at the high school level in their perspective states. NFL Flag, which targets girls age five to 17, also leads development and coaching clinics for those high school programs.

Flag football will also receive a big international boost in 2022.

“Flag football will be a demonstration sport at the 2022 World Games in Birmingham, AL, (in July) and we are ramping up efforts for the sport to hopefully be in the Summer Olympics in 2028 in Los Angeles,” says Oben.

One of the beneficiaries of this growth has been a company called Light Helmets, which is pushing lightweight headgear called the Light SS1. According to CEO Nick Esayian, there’s a need for headgear to be worn in flag football since there are many instances where the heads of players are impacted.

“There’s head-to-head contact when two players are jumping for the same ball,” he says. That necessitates the need for headgear for flag football and the Light SS1 protects two key parts of the head, specifically the ears and the orbit socket.

“Our new product is a real opportunity to meet the needs of an under-served community:  younger players,” says Esayian. “Our goal is to catch the players when they are young.”

To that end, Light Helmets has reached an agreement with Football ‘N America, the Drew Brees-backed flag football program, to help launch the product.

“Our headgear will not be required by Football ‘N America, but it is being recommended,” says Esayian. “The best way to market this is to see other athletes using it.”