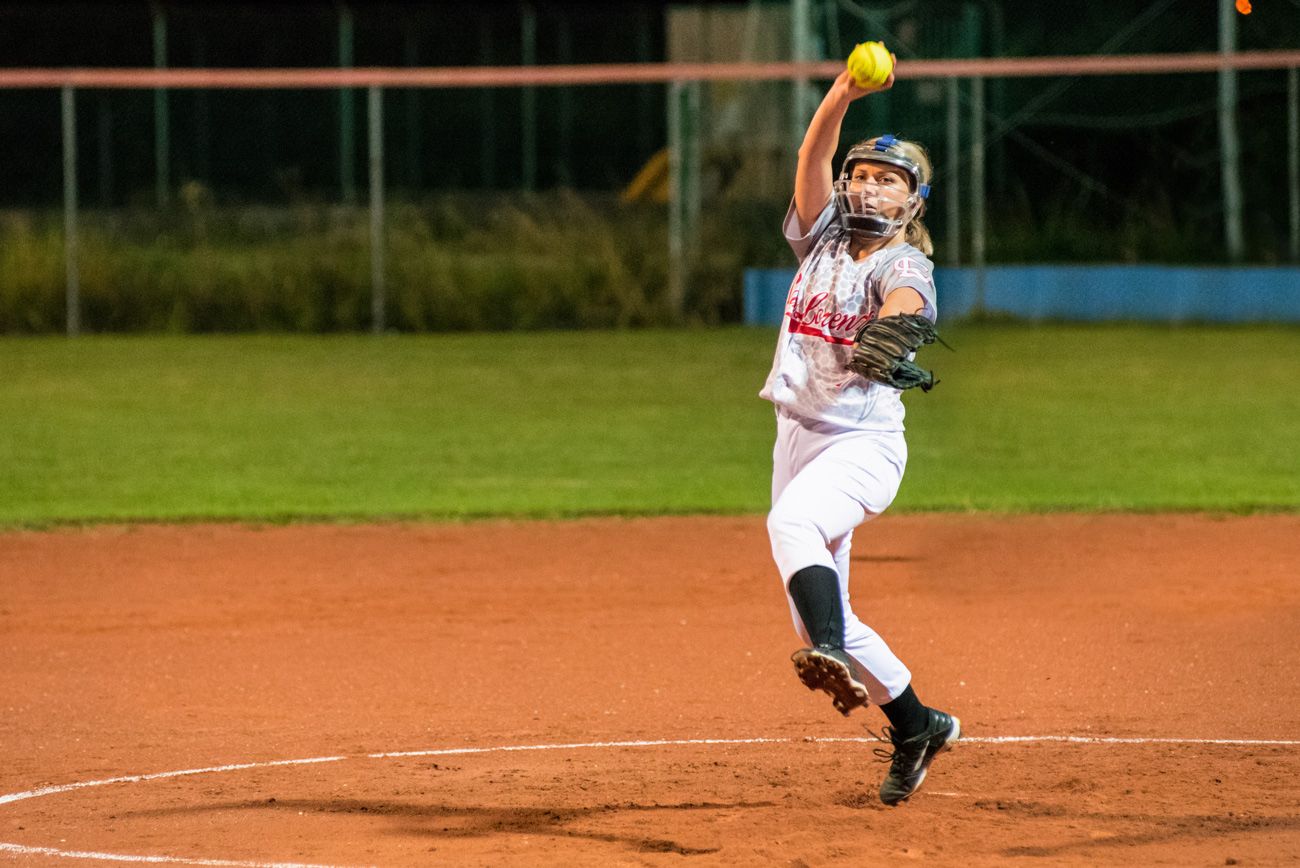 Longtime ESPN basketball analyst Dick Vitale recently released a book titled “The Lost Season,” his summary of the 2019-20 college basketball season that was COVID-cancelled in March of last year. Were he so inclined, Vitale’s book could also have been an appropriate way to describe the high school and college fast-pitch softball seasons in 2020, which also came to an abrupt halt a year ago.

As a result, like its baseball brethren, sales of fast-pitch softball uniforms, socks, cleats, bats, gloves, helmets and even softballs slowed to a trickle, at best. It was not a pretty picture for the team sports business. Fortunately, fast-pitch did stage a comeback of sorts last summer and fall, but it was not enough to overcome the lost spring season of 2020.

But, like the season itself, hope springs eternal for team dealers, retailers and manufacturers with a vested interest in fast-pitch softball. This year will be most certainly be  better than last year, yet probably not as strong as 2019. It may take another year or two for the fast-pitch softball business to finally get back to full strength.

Bizarre and virtually non-existent. That’s the best way to describe that state of team dealer sales for fast-pitch softball in 2020.

In Meriden, CT, girls’ fast-pitch softball has been the number-one selling category for girls for Mike Billings, co-owner of Billings Sports, but the last 12 months have not been easy.

“If you took last year’s sales combined with what we expect to sell this year, that will equal one year’s worth of sales,” Billings says.

While the high school and local colleges are the main clients for Billings Sports, travel teams are a more lucrative per capita source of income.

“While high schools will order one set of uniforms every four years, travel teams are ordering two types of uniforms for every member of the team every year,” he explains.

One bright spot: Because of safety and hygiene concerns, sales of batting helmets have been brisk. “Leagues and teams don’t want players sharing batting helmets, so they are requiring that every player has her own,” says Billings.

In Massachusetts, selling fast-pitch softball is usually brisk business for Holyoke Sporting Goods in Holyoke, but business has been very, very slow in the last 12 months. But, says owner Betsey Frey, there is some light at the end of the dugout.

“We had no softball play here last year,” says Frey. “I sold one set of uniforms to one school. The uniforms were delivered and they paid the bill, but they never wore them.”

Frey is expecting more softball sales this year, but it won’t be business as usual.

“I expect teams will need a minimal amount of stuff,” she says, pointing to last year’s unused gear plus the fact that there is less money to be spent.

“Funding is going to be an issue for many teams because they didn’t play last year,” says Frey. “As a result, leagues and teams didn’t sell anything last year to generate funds for this year.”

Just as it is at Billings, one of Frey’s big softball categories this year will batting helmets. “Due to COVID, many leagues are requiring that every player has his or her own batting helmet,” she says.

In Massachusetts, fast-pitch softball for high schools usually starts during the first week of April and local recreation leagues start play at the end of April. Frey expects everything will be delayed until May because the start of pre-season practice was put back.

Softball in the City

In downtown New York City, fast-pitch softball teams and players are buying gear from Frank’s Sports Shop, based in the Bronx around the corner from Yankee Stadium.

The majority of the girls fast-pitch Frank’s business is done with high schools, says GM Ron Stein, who shrugs off the negative impact of COVID-19. “We’ve been here a 100 years and we’re not going anywhere,” says Stein.

In New Jersey, selling fast-pitch softball is a profitable endeavor for Darrow’s Sporting Edge in Readington, where, according to special orders manager Vinnie Iaione, travel teams spend more money per player, but more revenue is still generated from the local youth leagues.

“Because of the large number of teams, we make more money from the local youth softball leagues than from travel teams,” says Iaione. “The local fast-pitch softball leagues are ordering uniform shirts, belts, socks and pants. We sell cleats, but they are an individual purchase. We also sell mid-price range gloves that feel nice in their hands and don’t break the pocketbook.”

Heating Up In Florida

Meanwhile, in south Florida participation in high school fast-pitch softball traditionally suffers from competition from other sports and outdoor activities throughout the year for teens and pre-teens.

When Dunn is selling softball, most of his sales are apparel-related and his key customers are private Christian schools and to local travel teams.

Warming Up In Indiana

In southern Indiana, where fast-pitch softball is played in the spring, the sport initially suffered a big COVID-19 blow, but by late spring some teams started playing again.

“When it started to warm-up in May, some area travel teams were seen practicing and playing,” says Jim Brown, a salesman at Kratz Sporting Goods, Clarksville, IN. “I’m not sure if they should have been, but they were.”

While sales of fast-pitch softball gear, equipment, and apparel were down last year, it wasn’t a complete washout.

“We did sell a few uniforms in the late 2019 for Spring 2020,” says Brown, who points out  that fast-pitch is the third largest girls’ sport in sales for Kratz.

At Kratz Sporting Goods, Brown and his associates are fully committed to supporting fast-pitch softball and the players with everything they need.

“We sell everything from top to bottom and from head to toe in softball,” added Brown.  “Though, we don’t sell as many bats as we have in the past.”

One reason for the strong level of interest in fast-pitch softball in southern Indiana is the proximity of Louisville and Elizabethtown, KY, both of which have modern softball complexes that are big draws for weekend travel tournaments.

In Detroit, Burke’s Sports Haven keeps busy year-round with fast-pitch softball sales. “Fast-pitch softball is huge for us,” says salesman Kevin Harvey. “We sell custom uniforms and stock uniforms, do lots of sublimation and we stock all the sizes and brands of cleats, bats and gloves. Whatever a fast-pitch softball team needs, we supply it. We’re one of the biggest baseball and softball dealers in the Midwest.”

To put things in perspective, Weir normally sells 25-30 sets of high school softball uniforms each season. Last year, he only sold three, despite the high school sport being played in the fall in Missouri.

“Last year, I sold a few uniforms, some softballs, line-up cards and a few scorebooks,” says Weir. “This year can’t be any worse.”

One of the big reasons why school spending is down is because fan attendance at all games is limited, at best.

“Without fans attending games and buying concessions, booster club revenues have  suffered,” Weir explains. “And, many school budgets have been spent on COVID-related expenses and not buying gear and equipment for athletic teams.”

“The supply chain right now is a mess,” he says.

Out west in Glendive, MT, Squad Sports sells fast-pitch softball necessities and accessories to a local college team, a high school team and to a youth league.

“Players walk in to buy batting gloves, but that’s a personal decision,”  says owner Lara Crighton. “We are also selling a number of face guards to young players,” she adds, because safety is a big local concern after a local college player suffered a major facial injury from a ball hitting her in maskless face a few years back.

The bottom line for Squad Sports is enhanced by the locals who appreciate having a local resource for sports apparel and gear.

“Our community is very supportive of us, which has helped us get through the pandemic,” adds Crighton.

Fast-pitch softball teams in eastern Colorado, the panhandle of Nebraska, and western Kansas are buying their softball gear from Garretson Sports Center in Sterling, CO.

For Garretson, its high school business was fairly solid in 2020 since fast-pitch softball is a fall sport in Colorado and during the the summer it catered to local recreation fast-pitch softball leagues, while travel teams continued to purchase throughout the year.