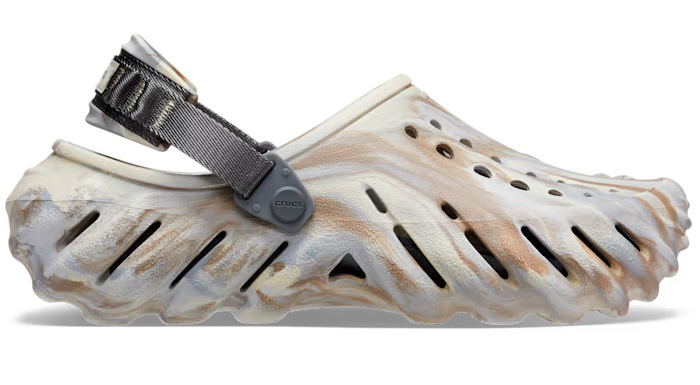 Crocs, which has delivered 54 percent annualized shareholder return since 2017 by its own calculation, is forecasting revenue growth of 10 to 13 percent this fiscal year to a range of $3.9 to $4.0 billion with sales in markets outside the Americas increasing at the highest rate.

Presenting at the 25th annual ICR Conference this week, senior executives at the parent of the Crocs and Heydude footwear brands detailed four long-term trends that position it well going forward. Among them—casualization, comfort-led functionality, sustainability, and personalization.

The group, which describes itself as the second-largest casual footwear company in the world, is forecasting FY22 revenue growth of approximately 53 percent to about $3.55 billion, above expectations of 49 to 52 percent, with an adjusted operating margin of approximately 27 percent for the 12 months. Crocs’ annual brand sales rose by 15 percent (+19% on a constant-currency basis) to $2.65 billion and Heydude annual sales were up by 70 percent on a pro forma basis to $1.0 billion (Sales were approximately $890 million under Crocs’ ownership.).

An estimated 38 percent of Crocs’ brand revenues were generated outside the Americas in FY22, rising by 34 percent (+47% on a constant-currency basis) year-over-year. Brand sales in the EMEALA region increased by 32 percent; were 35 percent higher in Asia; and rose by 6 percent in the Americas with the region’s direct-to-consumer business increased by 12 percent. The company intends to leverage Crocs’ infrastructure to ratchet up Heydude’s distribution outside the Americas this FY.

In The News: Skinners, NPD, On, SFIA, Emerald, Lodestone, Merrell