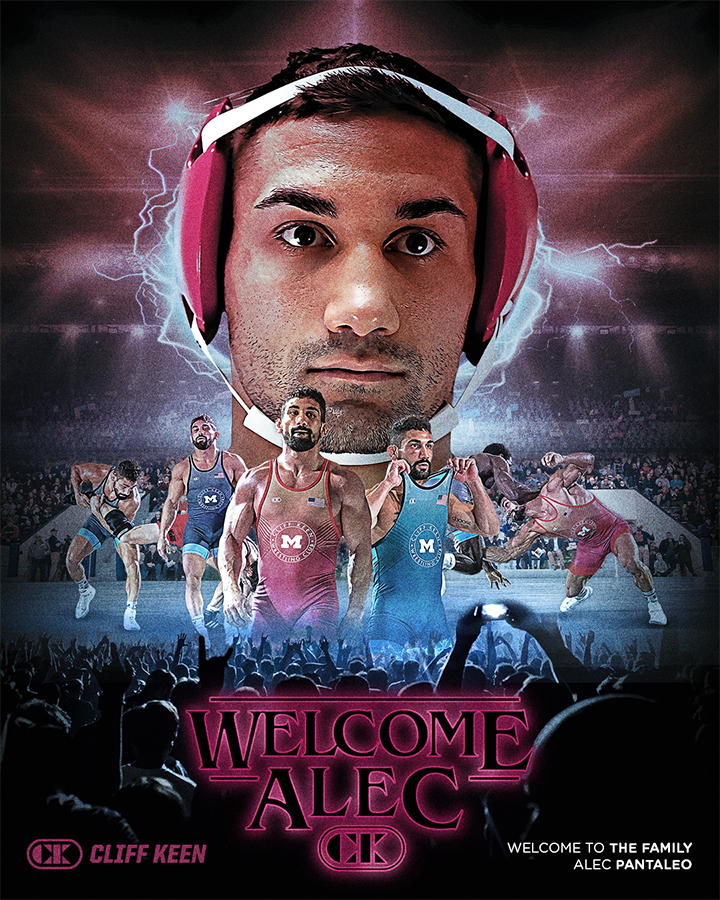 Pantaleo was a three-time NCAA All American and 2018 Big Ten champ from the University of Michigan and he joins Cliff Keen after an impressive couple of years on the international scene.

Alec came on the Freestyle radar early, earning a Team USA Junior World Freestyle Team berth in 2016. He was also a Team USA U23 World Freestyle Team member in 2019. Last year, Alec won several gold medals, including the prestigious Pan-Am’s in Guatemala City and the Poland Open. He finished the 2021 campaign ranked number one in the world at 70 kg, by United World Wrestling.

Alec will continue to train in Freestyle with the Cliff Keen Wrestling Club, based in Ann Arbor, MI. He will be a prominent fixture in Cliff Keen’s future brand marketing and advertising to the Wrestling market.