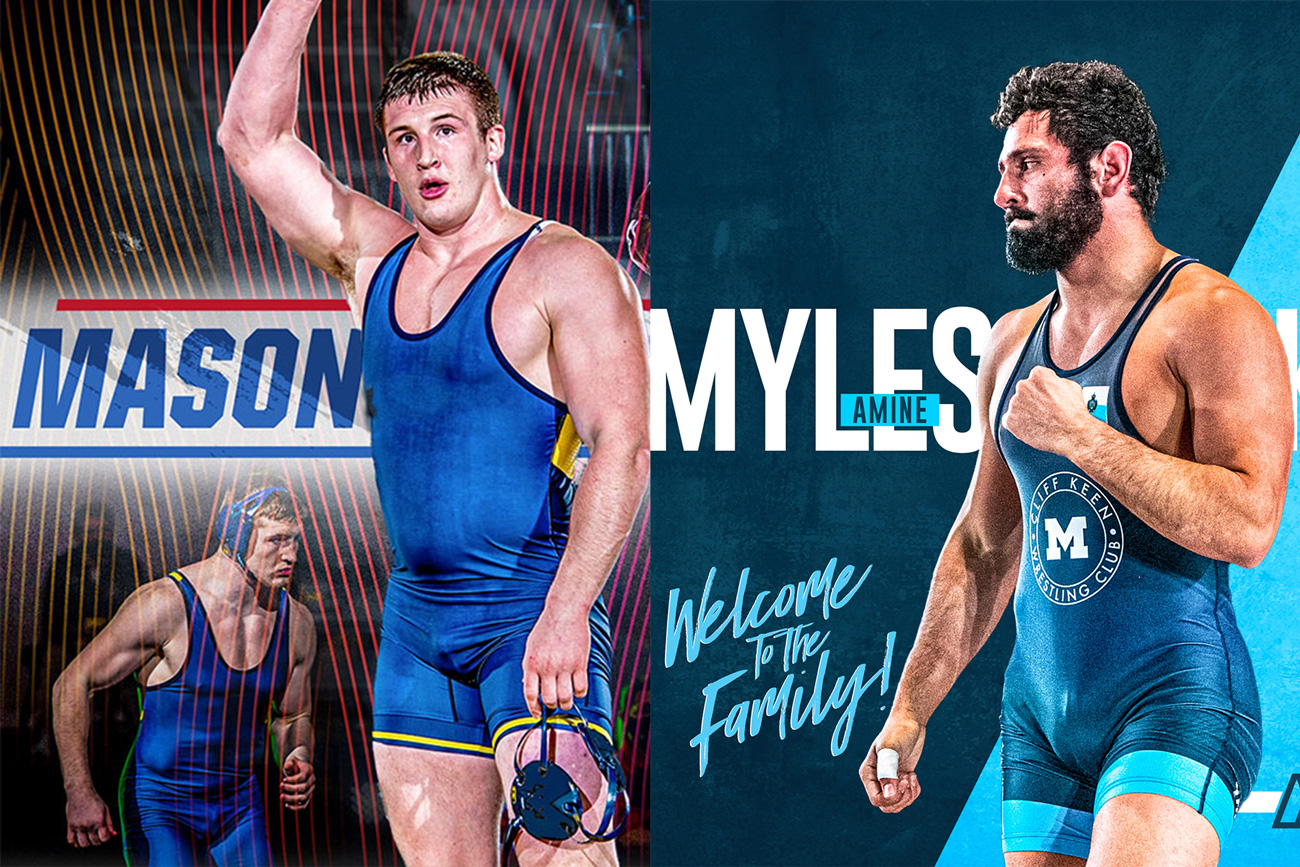 Training with UM and the Cliff Keen Wrestling Club at the Michigan RTC in Ann Arbor, Mason will be a prominent fixture in Cliff Keen’s brand marketing and advertising to the wrestling market.

Parris joins Cliff Keen after an impressive three seasons as the Heavyweight starter for U of M. Mason finished the abbreviated 2020-21 season as All-American and NCAA Runner-Up in his Junior year of competition. He was also All-American and Big Ten Runner-Up in his sophomore season, before having the NCAA Tournament canceled due to the COVID-19 pandemic. Two highlights of his freshman year at Michigan include a team-leading 13 pins and 32 wins. He was the 2019 Junior World Champion and is one of the leading contenders for upcoming World teams.

“We are extremely excited to have Mason on our team. He encapsulates the best of our sport and is a great role model for younger wrestlers,” says Tom Keen, president of Cliff Keen Athletic. “His abilities and accomplishments on the mat are there for everyone to see.

“However, I’m always impressed with the way he conducts himself off the mat,” Keen adds. “That’s where his character shines through. At Michigan, Mason is studying to be a civil engineer. He is proof that you can be both very successful on the mat and in the classroom, which is a tremendous message to send to young wrestlers looking to emulate their heroes,”

"I am very excited to announce that I will be partnering with Cliff Keen Athletic,” says Parris. “They represent my beliefs of commitment, integrity and passion for the sport of wrestling. I am thankful to be a part of the remarkable tradition at Cliff Keen Athletic and can’t wait for the ways we will work together to continue to grow and give back to wrestling."

Amine, a 4-time NCAA All American, joins team Cliff Keen after claiming third at this year’s NCAA tournament, Myles traveled to Japan to compete for San Marino in the Summer Games. And earned himself a Bronze medal — the first medalist in San Marino’s wrestling history, and the first ever Freestyle medalist in UM Wrestling history. Myles is also a Big Ten Conference Distinguished Scholar, Academic All-Big Ten, and a CoSIDA Academic All- American.

“We are extremely excited to have Myles on Team Cliff Keen! He is a warrior plain and simple. He works hard on and off the mat and is a great role model for other wrestlers. His recent accomplishment as an Olympic medalist is tremendous, but only scratches the surface,” says Keen. “We are very proud of Myles, and I have always been impressed with his character and dedication to academics as well. We are excited to watch him continue to pursue his goals and we will always be in his corner.”

Myles will exercise his final year of eligibility at Michigan, and will continue to train in Freestyle with the Cliff Keen Wrestling Club. He will be a prominent fixture in Cliff Keen’s brand marketing and advertising to the Wrestling market.

“I am beyond excited to announce my partnership with Cliff Keen Athletic,” says Amine. “This one is extra special to me because I grew up wearing Cliff Keen apparel and have a tremendous amount of respect for the brand and what it stands for.”