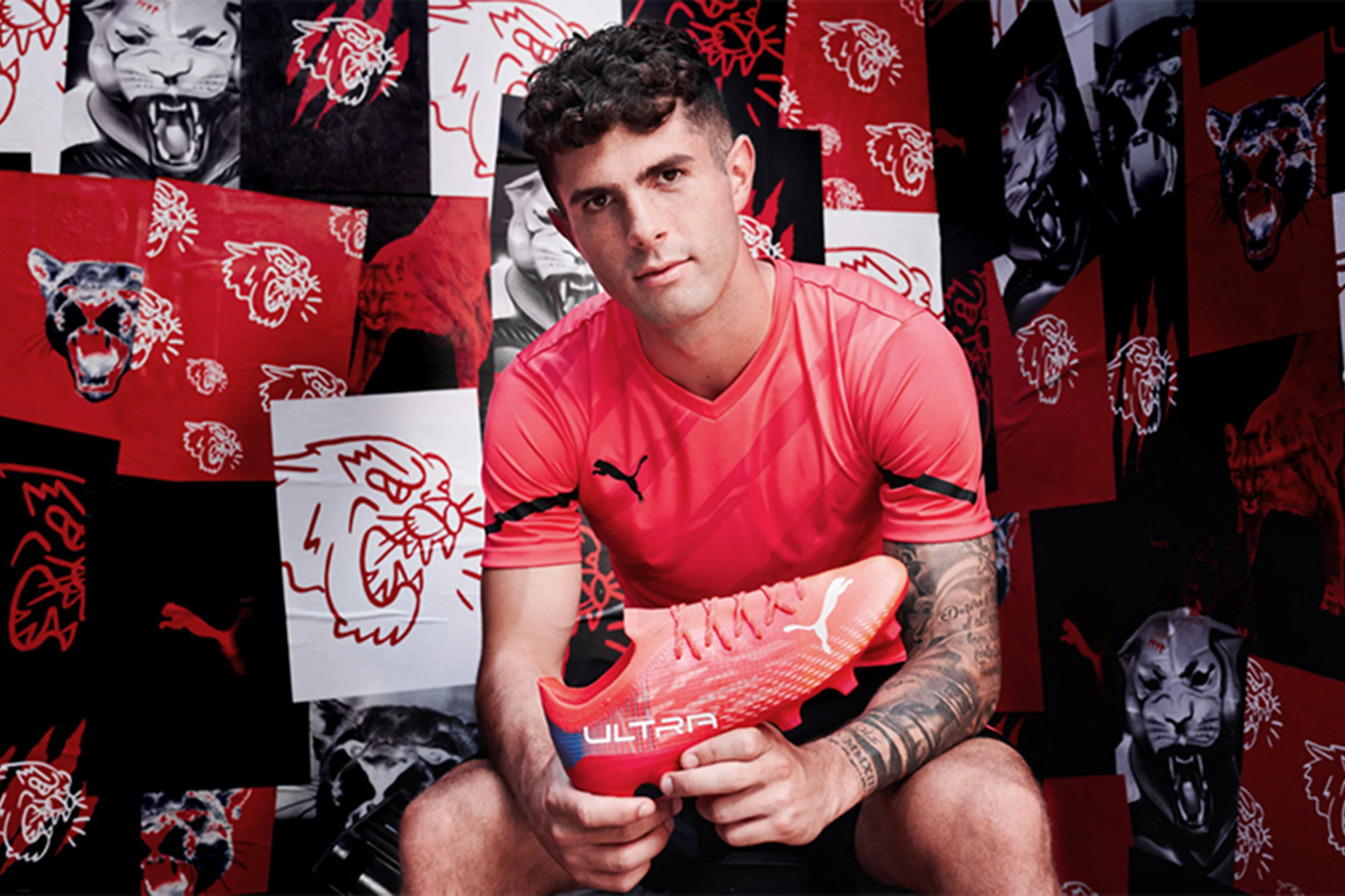 Looking to up its once-strong profile in the U.S. soccer market, Puma recently made a big move by grabbing Christian Pulisic away from Nike with a long-term endorsement deal.

Pulisic, who plays for Chelsea in the English Premier League, is the youngest captain of the U.S. Men’s National Team and the first American-born winner of the UEFA Champions League.

In a statement announcing the signing earlier this month, Puma’s global director of sports marketing, Johan Adamsson, said Pulisic has “paved the way for so many young American players who dream of playing in Europe for the world’s biggest clubs.

“Christian is technically gifted, has lightning speed and quickness of thought to change any game,” Adamsson continued. “Not only have we signed an amazing talent, but a fantastic person off the pitch who wants to continue to grow soccer in America, a goal Puma has committed to supporting.”

“In many ways, it was a no-brainer for me to join Puma,” Pulisic said in the statement. “With its world-class and innovative products, Puma embodies the culture of sports on and off the pitch. Their technical innovations revolve around speed, which is one of my biggest weapons. It’s an honor to follow in the Puma footsteps of some of the greatest players to have ever played the game: Pele, Maradona and Johan Cruyff.”

The move follows Puma’s signing last year of Paris Saint-Germain and Brazil star Neymar, who had also been with Nike.