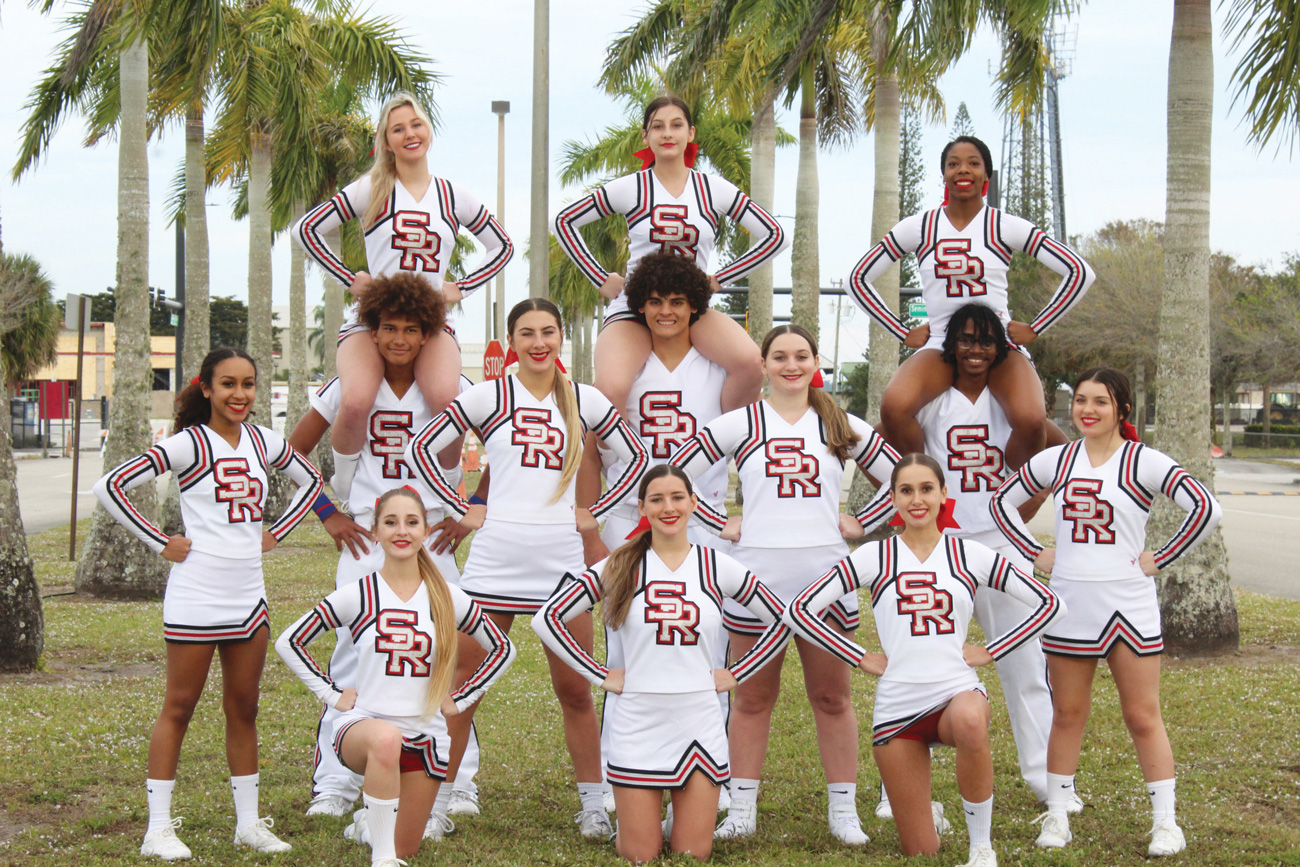 An editor provides an up-close and personal opinion on the sport of competitive cheer.

An editor provides an up-close and personal opinion on the sport of competitive cheer.

Coincidentally, when I was assigned to write a story about cheerleading for this issue I had the good fortune to also be a part of the NFHS Network’s broadcast team for the 1A and 2A state competitive cheer championships for high schools in my home state of Florida. What a great opportunity to kill two birds with one stone, so to speak.

While it was not my debut as a broadcaster, it did mark the first time that I had ever attended and worked at a competitive cheer competition.

Wow, were my eyes – and ears – opened to this truly unique sport. I came away from the state championship event in Lakeland, FL – held under the auspices of the Florida High School Athletic Association (FHSAA) – truly convinced team dealers must pay attention to this niche activity.

Why? Simply because they use an incredible amount of apparel, equipment, accessories and footwear and they have to buy it from someone. There was stuff everywhere! Herewith, my first-person observations:

• First, this is most definitely not a bunch of girls standing on the sidelines rooting on the football or basketball team. Think co-ed gymnastics, dancing, aerobics and show business all wrapped in one and you will understand.

•While Small Non-Tumbling, Medium Non-Tumbling, Large Varsity and Medium Co-Ed are just a few of the many competition categories in competitive cheer, you don’t have to be an expert on the sport’s nomenclature to sell to these true student-athletes. Just like volleyball, basketball, and fast-pitch softball teams, these competitive cheer teams all have coaches, they all practice every day, they all compete to win and they all spend money to showcase their school spirit.

• Beyond the incredible routines, the commitment to excellence is most reflected in their outfits — starting with high-quality uniforms and shoes. In competitive cheer, there is no expense spared and professionally designed and produced uniforms create just the positive impression needed with the judges. As most dealers already know, the vast majority of the cheer uniform sales are produced by Varsity Spirit Fashions and Rebel Athletic.

According to Samantha Smith, a former six-time state championship-winning competitive cheer coach with Dr. Philips High School in Orlando, apparel from Rebel Athletic is geared more towards the dazzled uniforms, which are popular in the all-star competitive cheer world.

“High school teams stick to a more traditional look that doesn’t typically involve sparkle,” notes Smith. “However, you can start with a basic uniform that costs $100 or $200 and once you add the lettering, that uniform now costs $300 or more.”

• Uniforms are usually replaced every five years, but there are opportunities to generate revenue for team dealers in years without the major purchases. “On the in-between years, we will order a few replacement pieces for any sets that are stained or ruined,” points out Smith.

• It takes a pragmatic mindset to design and decorate a competitive cheer uniform.“My personal preference is to keep it very clean and simple,” says Smith. “A busy uniform is distracting while competing on the floor. I also try to stay away from uniforms that blend with the floor.”

• Competitive cheer teams are buying more than a uniform or two. They also need poms, bloomers, bows, jackets, shoes, cheer bags, warm-ups and practice wear. The price tags for these items range from $11 for poms to $150 for a pair of warm-ups. And they aren’t all bought from Varsity.

During competition, competitive cheer athletes don’t sulk, complain, argue, frown, talk trash or point fingers at one another. Instead, they focus on the next task at hand. The power of this positive mental attitude cannot be underestimated and competitive cheer athletes have it.  There are no timeouts, calls for instant replay or arguing with game officials. They just start their routine and they finish their routine. And, then they depart — going stage left.

Varsity Spirit, which is part of the same corporate family as BSN Sports and Herff Jones, is by far the dominant name in both cheer competition and apparel. And they are dominant for a reason – the cheerleaders and their coaches like their stuff.

“Throughout my cheer coach career I have purchased many different brands, but I feel that Varsity uniforms are the best as they hold up,” says Brodnicki. “We can always have the uniform made year after year and they (Varsity) offer an in-person fitting (prior to COVID; now, it is virtual).”

“We only purchase from Varsity Spirit Fashions,” says Flaherty. “I have always been happy with how well their uniforms are made and how long they last. When I coached middle school cheer, we would use the same uniforms for up to seven seasons.”

“As the head competition cheer coach, I do oversee the team purchasing decisions,” explains Licavoli, who says it is a team effort to decide on practice clothes, uniforms, shoes and accessories. “We buy new uniforms when we are able to raise funds to do so.”

Yet all three teams don’t necessarily spend all of their budgets with Varsity. And that’s where the team dealer opportunity arises.

“For practice clothes such as T-shirts, shorts and socks, we use local school district bid-awarded vendors,” says Flaherty. “I have really good relationships with some of them and it also helps support small business. Local businesses work with me to give us the best deal possible.”

“For practice clothes the athletes like Varsity, but I find that while they are great quality, they can get pretty pricey,” adds Licavoli. Her team seems to prefer Nfinity shoes because they are the most durable.

“I will order from a local vendor, Generation T’s, as they have a quick turnaround, can do just about any logo or graphics that I prefer, and their gear is very comfortable,” she adds.

“The cheerleaders seem to like Nfinity shoes the best,” echoes Brodnicki.

Even though Flaherty is a head coach, she still seeks the advice of her peers before making any uniform decision when new gear is needed. “I always look to my fellow coaches for their opinions when we are designing new uniforms,” she says, but she ultimately makes final decisions.