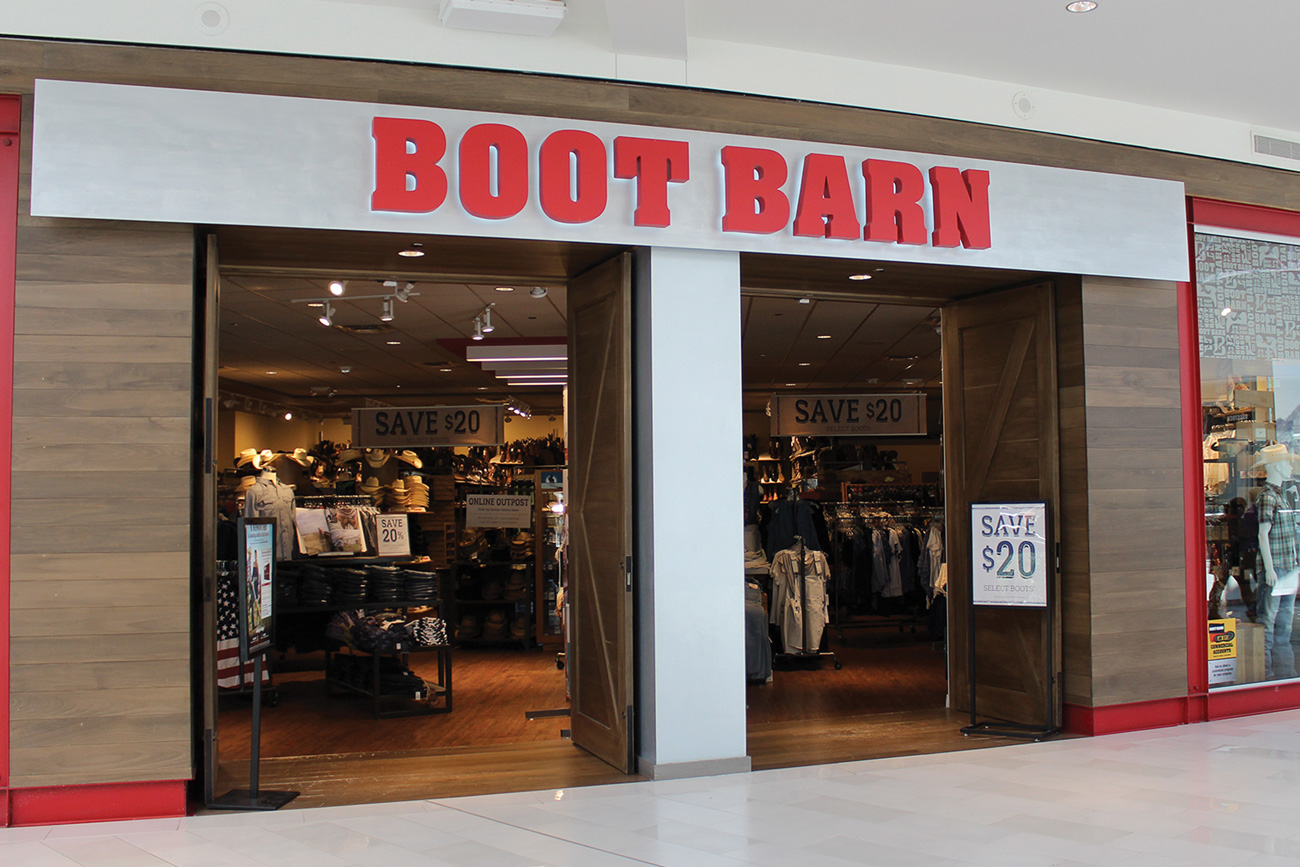 The national chain, which has more than 45 percent of its doors in California, Arizona or Texas, generated 53 percent of its net sales last year from footwear. That percentage equates to an implied $473.5 million, up from 51 percent of net sales or $431.24 million in FY20.

Boot Barn posted a 28.5-percent increase in same store sales in Q4 ended March 31, bolstered by higher transactions as year-over-year ecommerce sales improved 19.5 percent. Bootbarn.com sales rose more than 40 percent in the FY’s final period. In FY21, BOOT generated 19 percent of its topline from ecommerce versus 16 percent the prior year as it improved the segment’s profitability. President and CEO Jim Conroy told analysts last week that the business is increasingly fulfilling more online orders from its Wichita, KS fulfillment center rather than have vendor partners drop ship them where the retailer is charged a fee. In recent months, Boot Barn has lowered drop ship orders to 10-12 percent of its ecommerce business from 25 percent earlier.

With an eye on expanding further into the densely-populated Northeast, where it currently has four doors open in Pennsylvania, Boot Barn senior management estimates its FY22 unit growth will be greater than the 10 percent it has planned for this fiscal year.

One positive area for Boot Barn could become increasingly worrisome to its footwear and apparel vendor partners, the chain’s increasingly greater reliance on exclusive brands. In FY21, the retailer’s exclusive brand penetration rose 170 basis points year-over-year to 23.7 percent. This fiscal year, that total is forecast to gain another 250 basis points.

The chain has experienced improvement in full-price selling over the last few reporting periods, a trend that has benefitted from its higher penetration of exclusive brands. The portfolio of labels, which include Shyanne, may get a further boost from anticipated vendor brand price hikes in the months ahead.

“We’ve heard that from some vendors that they’re going to pass along some price or price cost increases, whether it’s cotton or perhaps the resin in a performance boot…We would expect to pass that onto the customer,” COO/CFO Greg Hackman told analysts last week.