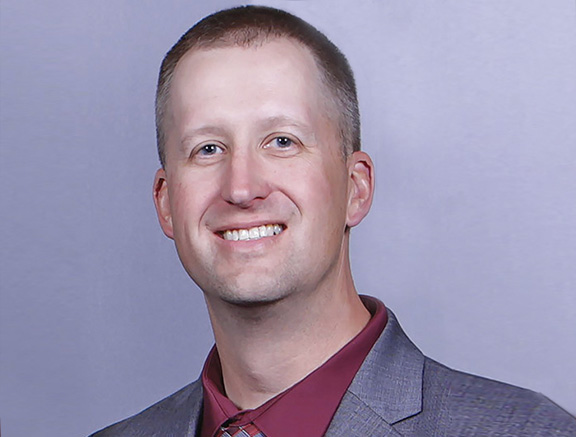 In an announcement that took a lot of people by surprise at the Sports, Inc. Team Show last week in Las Vegas, CEO Todd Adams announced that he will be stepping down as CEO at the end of the year and that Travis Elam will become the buying group’s new CEO.

Adams told Team Insight that he will be relocating back to his home state of Wyoming to be closer to family.

“I love Sports, Inc. and everything it has meant to me for over two decades,” Adams says. “With three new grandkids living 400 miles away, the time is right for my wife and me to move closer to family. We have enjoyed being grandparents from afar for the last two years and now we’re lucky enough to be able to be involved with the grandkids every day.”

Earlier this year, the Board of Directors approved a transition plan that includes a number of appointments, including Elam being elevated to CEO. Elam has spent 15 years at Sports, Inc., first working in the Outdoor Division before taking over the Team Sports Division in 2011.

• Max Pearson will be promoted to director of team sports.

• Corry Arntzen will become VP–operations.  Arntzen has been onboard for 14 years, climbing from assistant marketing director to marketing department coordinator to director of operations.

• Andy Eames will be promoted to VP–sales and marketing. Eames’s tenure at the buying group has spanned 18 years after starting his sporting goods career working for a wholesale distributor.

“In 12 years as CEO, Todd has done a great job of mentoring the headquarters staff to be ready to step up whenever the next transition happened,” adds Mark Daniels, secretary/treasurer of the Sports, Inc. Board of Directors. “While we wish we weren’t losing him, we appreciate the work he has done to prepare the staff for the next phase of our business.”

Jeff Poet, VP of the Sports, Inc. Board of Directors, adds: “Todd has built a good team. We are extremely fortunate he achieved that while also guiding the group through the challenges of the last three years. He deserves to be able to spend more time with his family and I know he and Brenda are going to be happy chasing around their grandkids next year.”

Adams became CEO in 2011 after 11 years as the director of Sports, Inc.’s Team Sports Division. Adams will remain with Sports, Inc. in an advisory role through the first half of 2023. On January 1, Elam will officially move to CEO from director of team sports.

The transition process started in July and will continue into 2023. The plan aims to maintain consistency for the Lewistown, MT-based group that has grown to nearly 600 members with more than 900 locations in all 50 states.

In addition to the executive team Adams has mentored over the last decade, key department heads also have extensive tenures.  Kris Obie, EDI Supervisor, has worked to enhance Sports, Inc.’s invoicing capabilities for 22 years.  Ashlie Gregory, Invoicing Supervisor; and Pam deRosier, Human Resources Manager, have each been at the headquarters office for nine years. Matt Martin has been the show coordinator for nine of his 18 years at the company. Maria Cunningham and Regan Fleming combine for over 10 years of service in the Member Development Department and will serve as leads for Outdoor and Team Sports respectively.

Toni Sharp will continue to lead Sports, Inc.’s technology initiatives. Sharp has been pivotal in developing SI’s technology capabilities for 16 years. Scott Kirsch has been technical support director for seven years and will continue leading the internal tech team.

The only new addition to the leadership team will be Tyler Wink, who was hired as director of finance in July. He is supported by an experienced staff led by accounting manager Kristie Nelson (seven years), and credit reps Angie Fleming (15 years), Lindsay Dykstra (nine years) and Britty Stimac (three years).