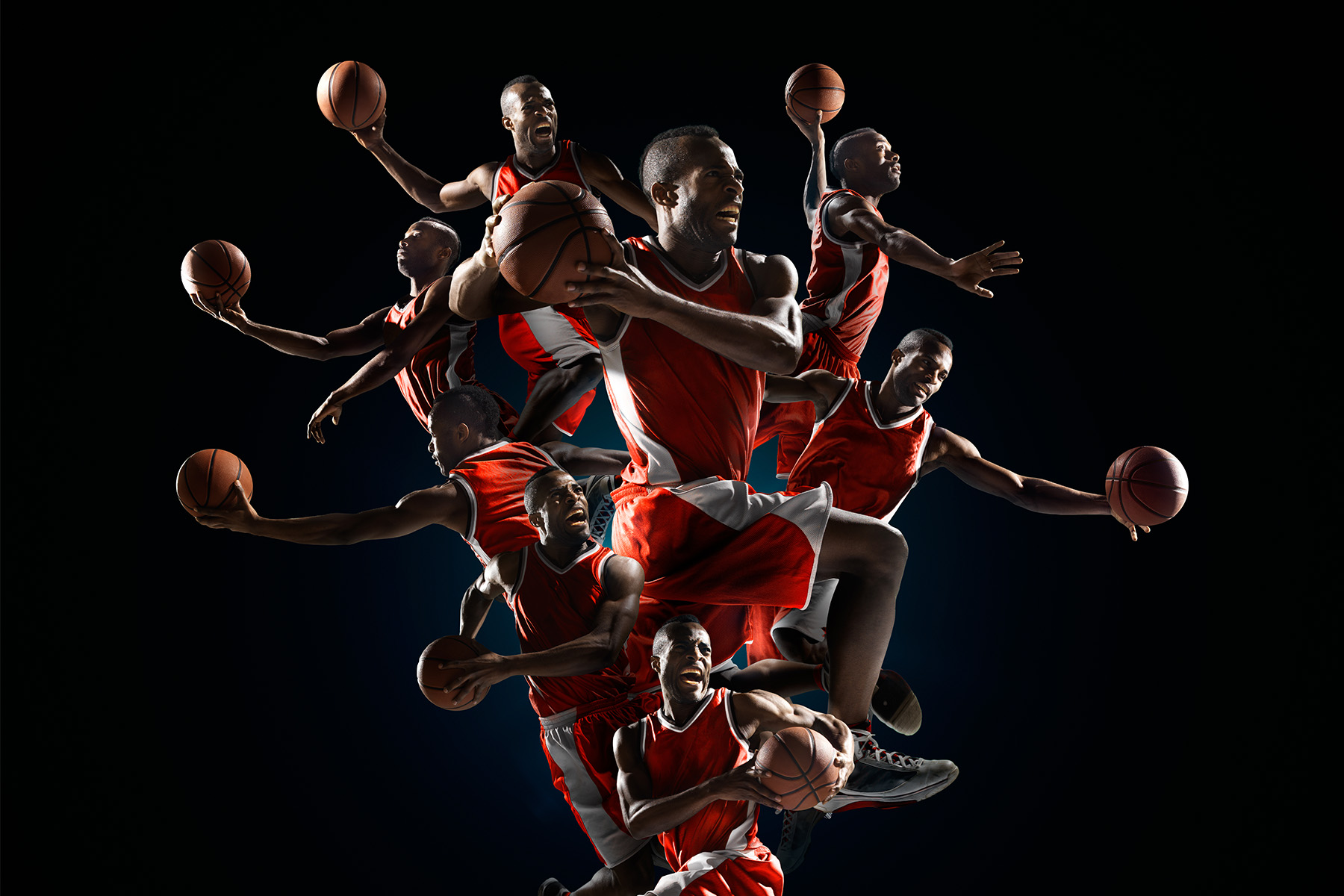 Oh, for the good old days of 2019. Prior to the pandemic, basketball was enjoying steady growth, but once the crisis set in during 2020-2021 the game experienced a more than two percent dip in participation, according to the SFIA’s 2022 Basketball Single Sport Report. But now, as COVID-19 gradually enters the endemic phase, basketball is poised to come back full force, particularly in high schools and at the youth level.

The most recent NFHS High School Athletics Participation Survey states that a total of 540,769 boys participated in basketball in 18,617 schools. For girls those numbers are 399,067 players and 18,210 schools. It is the third-most high school popular sport for both boys and girls.

“We know the pandemic hurt not just participation, but the recruitment and retention of both quality officials and coaches. Building back participation in all three areas will be a focus of not just the NFHS, but our 51 member state associations,” says Lindsey Atkinson, director of sports/communications at NFHS. “Anecdotally, we know the pandemic impacted junior varsity, freshman and middle school participation as healthy players were needed to fill varsity rosters. It will be important for the growth of the game and development of the student-athletes that sub-varsity competition is made a priority and stakeholders – coaches, officials, athletes, and spectators – find their way back to the game.”

Atkinson adds, “USA Basketball also plans to give a boost to youth basketball in the year ahead and to expand opportunities for women and people of color.”

“Our youth basketball initiatives continue to focus on coach education and training and to build upon our player development curriculum and ensure positive environments for play,” explains Renee Felton, USA Basketball’s head of communications. “In addition, we will expand USA Basketball youth clinics and camps, which highlight skill development to impart the fundamentals of the game at all levels.

“Further, we will focus on the area of SafeSport to keep our athletes and other participants safe,” Felton adds. “We are expanding Women in the Game and have launched the Torch Program designed to connect and mentor young people of color.”

Over the past couple of seasons, team dealers have been stymied by some major issues – most notably supply chain headaches, school closures and pandemic lockdowns – but as the situation improves they are generally optimistic about the future. Their biggest worry now is product availability.

“I anticipate strong sales,” says Rob Schneider, owner of Lansford, PA-based Valley Athletic Supply. “Since we’ve recovered from the COVID shutdown, business has been robust. But product availability will be a huge issue. We’ve been doing well, but the supply chain is a real challenge.”

Valley Athletic Supply primarily sells uniforms and balls, but the supply problems are touching everything.

“The issue has presented itself in bizarre ways,” says Schneider, pointing out that when he tried to order black T-shirts, every distributor was out of size XL. “Baseball hats have also been particularly hard to obtain and lead times on getting custom caps have been exceedingly long,” he adds, and basketballs (and footballs) have been tough to get.

At Hoosier Sporting Goods in Columbus, IN, owner Michael Bodart is enthusiastic about the upcoming hoops campaign.

“Last season was exceptional. We do lots of elementary and middle school uniforms and we’re hopeful again this year,” he says. While uniforms comprise the bulk of Bodart’s business, he also sells some hardgoods and fanwear/spiritwear.

Meanwhile, Greeley, CO-based Garretson’s Sporting Goods doesn’t ramp up its scholastic basketball business until the season starts, but it does handle leagues and clubs prior to that.

“Uniforms are always on cycles for high school teams and we usually sell sets of uniforms every three years or so. Teams will always be looking to buy new uniforms, but it depends on budgets and booster clubs,” says owner Todd Garretson.

Garretson’s also sells hardgoods such as basketballs, nets, backboards and accessories such as scorebooks and he notes that warm-up shirts and shooting shirts are popular items as well. Garretson says the supply chain is not an issue yet since basketball goods don’t usually arrive until mid-September.

For Aaron Karsh, director of operations at California Pro Sports in Harbor City, CA, basketball isn’t the biggest sport, but thankfully it seems to be on a normal timeline this year.

“Uniforms aren’t a big issue for us right now, but the availability of official balls is a big problem. Distributors either don’t have them or won’t sell them because they don’t work through dealers,” he explains. “We also sell Goalsetter All-American backboards and we want to sell domestically produced hardgoods since they’re easier to obtain.”

Karsh hopes that supply chain issues won’t affect deliveries, but he suspects that they will. “The situation is gradually getting better. It feels like manufacturers have caught up to forecasting and production and we’re optimistic that things will continue to improve,” he says.

At Coffman’s Sporting Goods in Louisville, KY, the basketball business mostly comes down to uniforms, socks and balls. Like other dealers, owner John Coffman is finding that balls are tough to come by. “Programs will try to use what they already have. They can place orders, but sometimes we can’t fill them completely. Orders that used to take one month now take four and prices are going up as well,” he says.

A Mixed Bag for School Budgets

Demand is definitely there, but the question of whether the money to buy them is there — and who it is going to come from.

“We’re cautiously optimistic about school budgets,” says Schneider at Valley Athletic Supply. “School budgets are tight, but the travel and AAU business will be booming this season. Schools are on a four- to five-year cycle, so the business depends on where schools are in their cycles.”

He is also understandably a bit nervous as the country possibly heads into a recessionary period. “We don’t know what product schools will be able to afford, so it’s a guessing game on the dealer’s side. If schools opt to put their budgets toward specific products and we can’t get them, it’s a huge problem.”

Schneider adds: “Business will be strong, but the ability to stock the right product and have access to the right product will be critical. It’s nerve wracking and it’s a guessing game right now. If you don’t order product early, you probably won’t get it at all. But you also have to try to avoid stocking up on product that nobody will want or need. Getting product that will be in demand is sometimes hard to predict.”

“Schools will always have money to spend,” he says. “With inflation, we might have to make some adjustments, but booster clubs and fundraising events will make up the slack. Teams not associated with a school tend to spend more money, but there are fewer kids on those teams due to cost and sports overlaps. It’s pretty consistent right now.”

In one troubling sign of the times, Coffman reveals that many schools have ordered products that they couldn’t pay for, forcing the dealer to ask for a purchase order before accepting the order. “A couple of years ago it was a smooth sailing operation,” he says. “Now it’s getting difficult to put orders together. It won’t be any easier this year or next. Sometimes I don’t even want to take an order if I know I can’t get the product.”

Conversely, Bodart, of Hoosier Sporting Goods, is confident about funds being available for the 2022-23 season. “We haven’t seen any issues. Most schools have money right now and even a little extra,” he says. “Teams are up in their uniform rotation. We have some good travel teams here, but schools are the biggest part of our business.” The dealer is also servicing a couple of high school leagues over the summer.

At California Pro Sports, Karsh observes that budgets seem to be back to normal. At present, schools account for 60 percent of the dealer’s basketball business, with leagues and travel teams comprising the remaining 40 percent.

“People had more in the bank to spend and budgets seem to be in a good place right now,” Karsh says. However, he warns that inflation and pricing will be a big shock to people. “Prices are going up as much as 20 percent. The temporary price increases that manufacturers put in place during Covid are now becoming permanent.”

For the basketball uniform business, sublimation has taken over as the dominant form of decoration.

“The heart of basketball season starts in October this year and most uniforms are sublimated. We’re running on-time with that, but there could be some issues in the fall. Overall, we’re not expecting lots of problems,” says Bodart. “Turnaround is very important. Single-ply, reversible sublimated jerseys comprise the overwhelming majority of our basketball uniform business.”

At Garretson’s Sport Center, most basketball uniforms sold are lightweight, sublimated styles. “For the most part, sublimation is here to stay. We can do faster fill-ins and turnaround and sublimation lets you ‘NASCAR’ a uniform. It’s price-effective,” says Garretson.

“We’re seeing more in sublimation now than in the past,” agrees Karsh. “It’s easier to duplicate and replicate sublimated uniforms and there’s growing demand. Stock uniforms are tougher for fill-ins, especially if there are availability issues.”