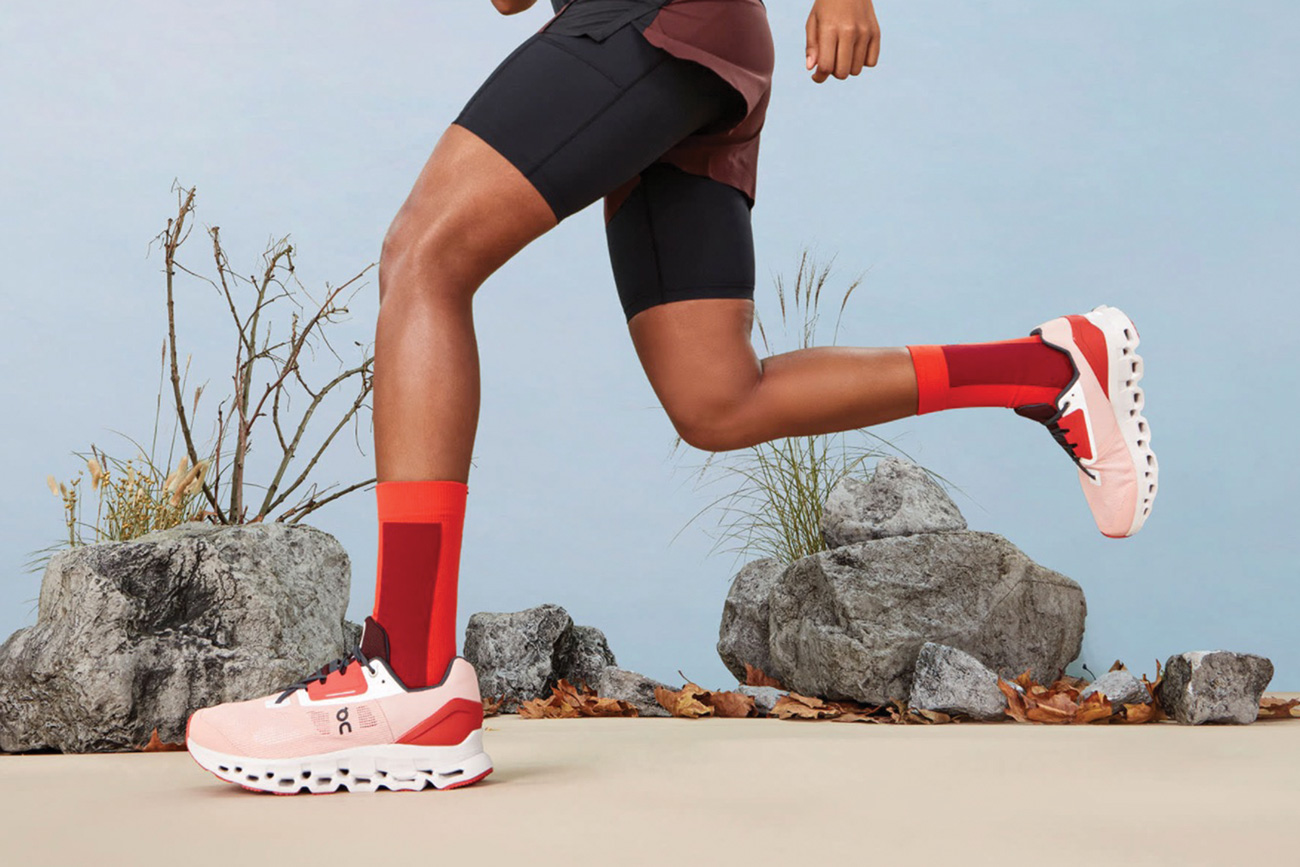 Running brands such as On are driving the performance sector. Photo: onrunning.com.

The final quarter of 2021 proved problematic for the U.S. athletic footwear segment. Overall revenues grew in the mid-single digits despite a rough period for major brands. According to NPD’s Matt Powell, the Nike and Jordan brands posted sales drops of about 10 percent in Q4; Adidas sales rose in low single-digits. Running shoes drove increases in the performance sector with brands such as On, Hoka, Puma and Reebok leading the way.

“During the holiday season, growth in average selling prices mitigated the softness in unit sales, leading to slight growth in the U.S. footwear market overall,” said Beth Goldstein, the fashion footwear and accessories analyst for the Port Washington, NY research firm. “…the fashion footwear segment accounted for most the growth versus the 2020 holiday period. However, sales of dressier silhouettes remained well below 2019 levels as consumers stuck with many of their pandemic tendencies and again gravitated toward casual and comfortable silhouettes like sneakers, slippers, clogs, and lug boots.

A closer look at Q4 sales results, as compiled by The NPD Group, shows a 4 percent drop in total fashion footwear sales to $4.5 billion with the men’s segment flat year-over-year, women’s down 7 percent and children up 17 percent to $437.4 million. As for the performance segment, the sector rose 12 percent to $1.8 billion and bolstered by a 23 percent increase in women’s to $619.2 million. Men’s performance sales were up 12 percent; children’s rose 1 percent to $267.5 million.

For the full 2021 calendar year, men’s athletic footwear sales increased in the high teens, behind 25 percent growth rates for women’s and kid’s, Powell reports. Nike and Adidas each ceded market share in the women’s segment.

By brand, Adidas sales increased approximately 20 percent last year to surpass the Jordan Brand in total revenue and become the second-ranked athletic footwear brand. Revenues for the Skechers brand were up approximately 40 percent for the year, about the same percentage increase as the Brooks, Converse, and Vans brands. Puma and Reebok sales each rose over 60 percent last year, Powell said, He is predicting that On will surpass Hoka in revenues this year. Meanwhile, in the activewear segment, annual revenues grew nearly 30 percent in 2021 despite slowing in the final quarter. Private label gained market share in activewear as Nike and Under Armour each lost some.