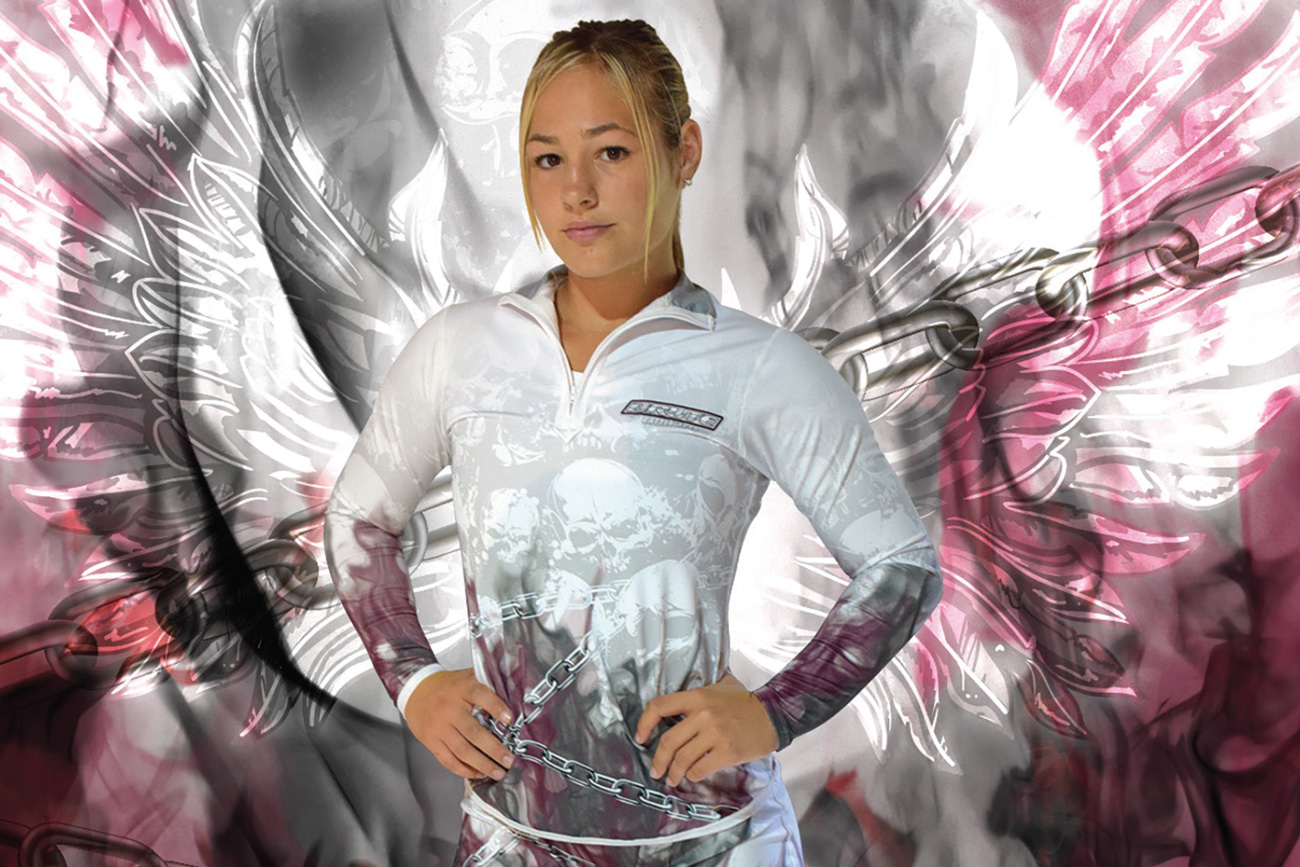 Designed by women for female athletes, the new Brute Elite Fit For Women line focuses on what matters.

Designed by women for female athletes, the new Brute Elite Fit For Women line focuses on what matters.

Well known to the team sports industry as a maker of wrestling apparel, 50-year-old Brute Athletic Apparel is now expanding from that most macho of sports into women’s custom team apparel. And to make sure team dealers and their customers know the difference, it has unveiled its Athena line, inspired by mythological female warriors and specifically designed to fit the female athlete with a focus on individual sports.

The change came as president Michelle Pharand, who acquired Brute in 2019, realized the company needed to broaden its participation to additional sports and promotional needs across all ages, genders and levels of play. According to Pharand, one of the primary inspirations for widening its product line was her experience that women athletes had fewer options than men do for custom uniforms.

“We differentiate Athena uniforms from other girls’ and women’s team apparel available by focusing on what matters to the female athlete and seeking input in our designs,” Pharand explains, adding that “superior design and performance” will be the hallmark of this 100 percent U.S.-made product.

“Our process to develop the line was simple — meet with the athletes who play the sport and get their feedback.” – Michelle Pharand, President, Brute Athletic

To prove its commitment to female-specific designs, the Athena line, known as Brute’s Elite Fit for Women, even came up with a catchy and clever (and trademarked) tagline — “Women are not Small Men.”

“Our process to develop the line was simple — meet with the athletes who play the sport and get their feedback,” Pharand adds. “The Athena line is designed by women for women.”

With company headquarters in Sinking Spring, PA (near Reading), the Athena line, as well as the traditional Brute line will be sold by independent agents exclusively through the team dealer channel. Product is already available for all of its women’s sports and featured in its new catalog at brute.com

“We are continuously evaluating our product portfolio for both Brute and Athena and moving with the trends,” Pharand says, adding that the next garment on the docket for Athena is a next-generation singlet.