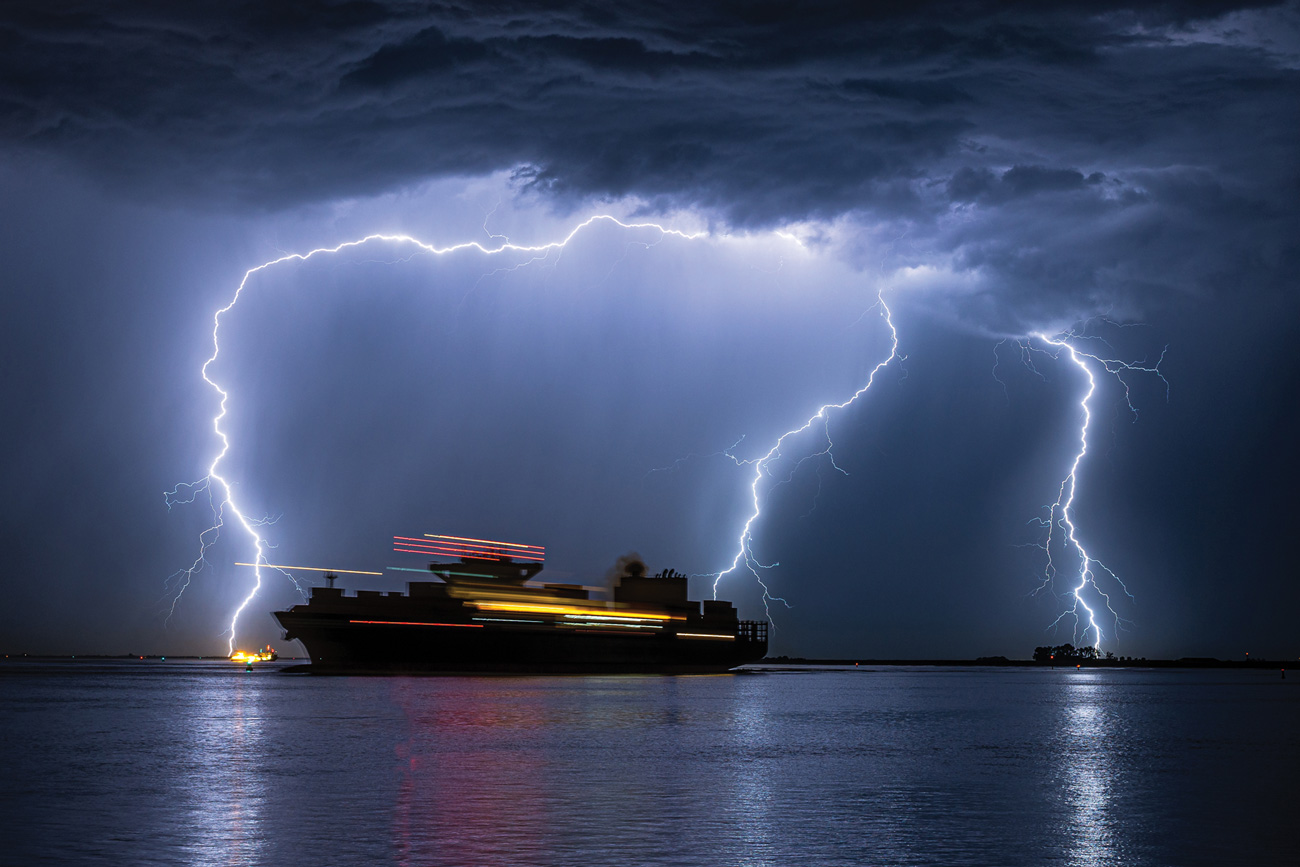 ‍It’s been brewing since the beginning of the global COVID-19 pandemic and has been building momentum ever since. Industry insiders who have first-hand exposure to its ever-changing variables and reach admit they’ve never seen anything like it before. And these experts remain unclear about when the eye of the current Supply Chain storm may finally pass by the footwear, apparel, and textile industries. The best bet right now is sometime in the latter half of 2022.

Undoubtedly, some vendors, retailers and consumers will go relatively unscathed by the Supply Chain crisis due to actions and decisions they made early on, including shipping, and buying early. But many will not.

The supply chain, shipping and logistics storm, which has battered many industries since the pandemic commenced, increased in velocity during the Summer of 2021 with container shortages, port logjams, surging shipping costs that have forced some brand to resort to air freight and finally a shutdown of key sourcing Asian sourcing factories due to virus spread among workers in Vietnam.

These factors are likely to result in shipping delays for holiday and Spring/Summer 2022, late and/or limited deliveries to retailers, possible product shortages on key items and higher costs for consumers looking to snare the season’s hottest products. On the upside, limited inventory availability should help vendors and retailers alike attain strong merchandise margins and limit the need for promotional pricing activity.

“You can’t compare this to anything. The 2015 West Coast port strike, for example —  that caused headaches. This is nothing close or comparable,” proclaimed Peter Hohensee, VP of Global Supply Chain for Rack Room Shoes, speaking at the recent Footwear Distributors and Retailers (FDRA) Supply Chain Conference.

Problems beyond the rising costs of shipping containers bubbled up as the summer season faded.

In early September, publicly traded Yue Yuen Industrial, whose branded footwear clients include Nike, Steve Madden, and Adidas among others, disclosed that its Q3 manufacturing revenues “will be significantly impacted” by conditions in the market, including factory shutdowns and rigorous pandemic prevention measures.

The Vietnam Textile and Apparel Association (VITAS) subsequently confirmed that 35 percent of the country’s textile and garment factories were shuttered with their respective footwear and apparel production suspended. Most impacted were small and mid-sized contract operations who couldn’t fulfill orders, deliver goods on time, or had their orders cancelled, according to vnInternational. Once garment and textile factories re-open, they are likely to see a 35- to 40-percent reduction in available employees. Already, they have faced higher transportation costs moving materials from south Vietnam, where the pandemic outbreak is more widespread, to facilities in the country’s northern region.

“Raw material suppliers are closing down too,” confirmed Jung Yoon, VP of Accessories, Footwear Production and Sourcing for Michael Kors. [These problems] are definitely going to be here for the long-term, and Holiday will be challenging.”

Lululemon executives reported they have instituted air freight costs for some key holiday products and prioritized Fall/Holiday styles while seeking other sourcing possibilities. Other brands are taking a similar approach.

“Air freight is a strategic expense and there’s a time and a place for it,” suggests Mary McNelly, Senior Director of Logistics for Crocs speaking at the FDRA event. “The market is different from what you would have used air freight for a couple of years ago. It is more expensive.”

Vietnam is a vital sourcing location: It has doubled its market share in the leather and footwear industries to 15 percent over the last decade and trails only China and Bangladesh in textile and garment production.

Athletic giants Nike and Adidas will not go unscathed by the situation in Vietnam, facing problems beyond securing higher-priced container space on shipping vessels like some of their smaller competitors in the athletic segment. BTIG Managing Director and Lifestyle Brands and Wellness Analyst Camilo Lyon recently downgraded his rating on Nike stock to “neutral,” writing, “We believe the risk of significant cancellations beginning this holiday and running through at least next spring has risen materially for Nike as it is now facing at least two months of virtually no unit production at its Vietnamese factories.”

In August, Adidas said it was developing a “dedicated action plan” to mitigate industrywide supply chain challenges. The strategy was said to include production re-allocation to other regions and the securement of additional production capacity. Vietnam reportedly accounts for approximately 30 percent of the Three Stripes global supply.

Other shoe brands are undoubtedly facing challenges as well, although most of them haven’t disclosed their difficulties publicly. An estimated 50 percent of Columbia’s apparel, accessories and equipment is produced in either Vietnam or China. Hanesbrands generates much of its international income from six countries, including Vietnam, and Deckers has an on-site supervisory office in the country to oversee production for its branded products there. During the company’s Q2 ending in July, Deckers execs confirmed that some Fall shipments of UGGs were accelerated “to mitigate macro supply chain pressure” and ensure it had products “well positioned in the marketplace.”

Crocs’ McNelly sums up the harsh realities of today’s logistics and supply chain climate. “[Vendors] are paying more for less — for less predictability, less space and less movement,” she says, predicting “it’s going to take a long time to get back to the new normal.”