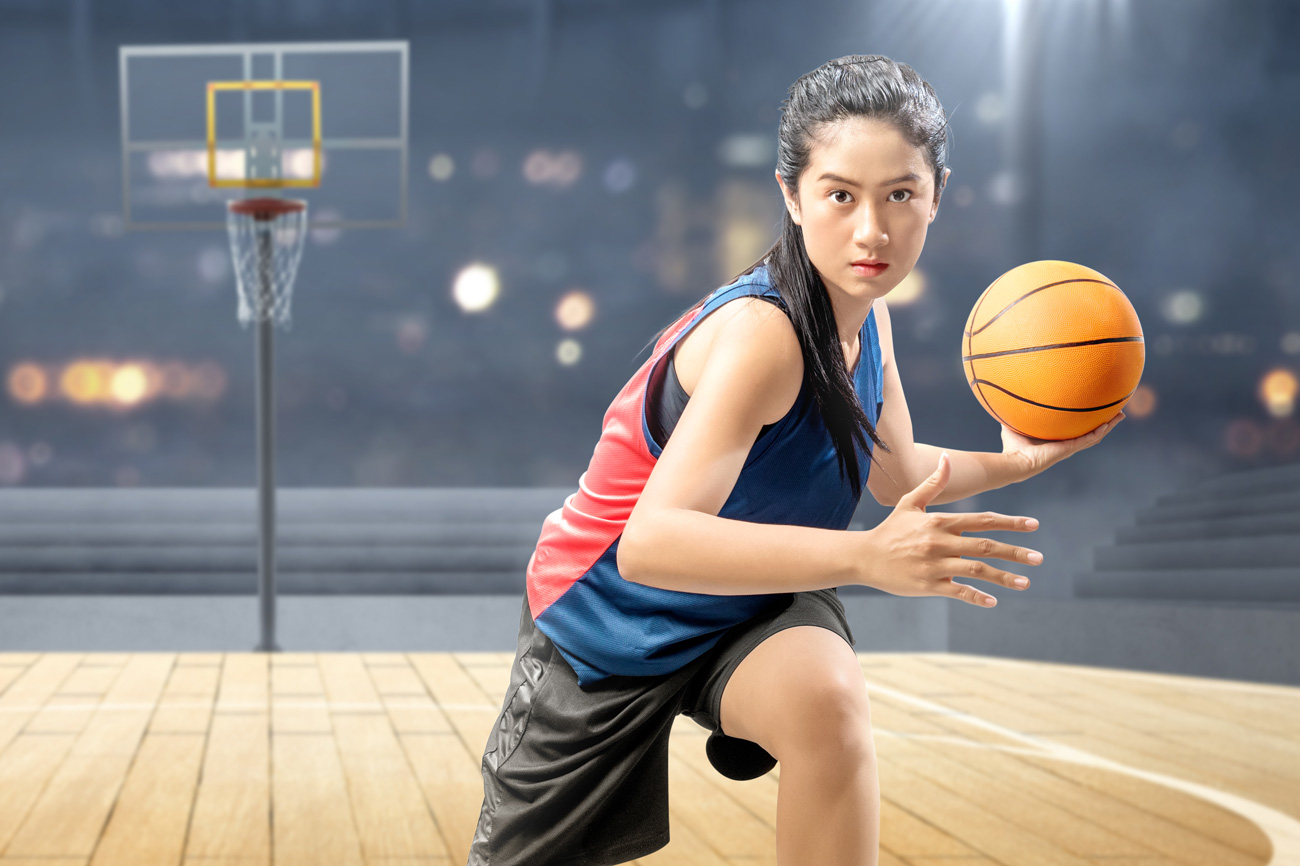 Basketball prepares to leverage the Olympic Games to boost participation and sales.

Basketball prepares to leverage the Olympic Games to boost participation and sales.

The news is positive for both girls’ and boys’ basketball as the sport continues to attract players of all ages and ability levels. The 2019 SFIA Basketball Single Sport Participation Report reveals that in 2018 a total of 24.2 million played the game — 77.9 percent male and 22.1 percent female. Overall, participation rose 3.5 percent from 2018.

At the high school level, basketball was the third-most popular participation sport in 2019 among both boys and girls, with 540,769 boys and 399,067 girls hustling to the hardwood, according to the NFHS 2018-19 High School Athletics Participation Survey. The top five states overall for high school participation were Texas, California, New York, Ohio and Illinois. Michigan and Pennsylvania were close behind.

“Our outlook is very positive,” says Jim Tooley, CEO of USA Basketball. “We’re bullish on the sport continuing to have great success. We have strong pro leagues and college programs and good high school participation.” Because this is an Olympic year, he also anticipates some substantial growth opportunities, particularly due to the addition of 3X3.

“For the first time, 3X3 basketball will be included in the Games and it represents an exciting opportunity for us to increase participation and awareness. The Olympics are a terrific launching pad for growth,” Tooley says. “It’s a way for people to engage in the sport that hasn’t been there before. We’re very excited to see how it will play out post-Olympics, because there’s a global effort now to promote 3X3.”

Although there are not a lot of defined 3X3 leagues in the U.S., Tooley believes that the sport has the potential to mimic the success of beach volleyball, which started small and then grew rapidly thanks to major exposure from the Olympics.

USA Basketball is also making a concerted effort to attract more females to all levels of the sport through its Women in the Game initiative. The program educates high school girls, college women and young professionals about career paths in the sports industry and how to turn a passion into an opportunity.

“One of our challenges is to boost participation among young women. We want to make sure we put forward a good showing at the Olympics because it will help future participation,” Tooley says. “We are also focusing on youth — we want basketball to become part of their DNA because it teaches life skills, teamwork and team building.”

There remains a general consensus among team dealers that basketball has remained consistent over the past couple years and the expectation is that sales will remain solid going forward.

“The basketball business has been steady but there’s always growth potential,” says Dale Keith, owner of Duke’s Sporting Goods, which operates one location each in Elizabethtown and Bowling Green, KY. “The market changes often – for example the online aspects are always evolving – so as a dealer you just have to figure out ways to work with it.”

High schools and middle schools are Duke’s biggest customers and the dealer also serves some leagues. “The biggest challenges for us are competition, mostly from other team dealers, and pricing,” Keith notes.

At Garretson’s Sport Center in Greeley, CO, owner Todd Garretson reports that sales are steady, except for footwear.

“Shoes are a tough sell because the market is so sophisticated,” he explains. “However, uniforms, balls and warm-ups are good and steady and we don’t anticipate those sales dropping off.”

Garretson is seeing a significant increase in the youth travel team business, which is certainly good for business.

“Youth teams are more creative [regarding uniform design] and that gives us more flexibility in terms of timelines. We can use more stock items, which allow for quicker turnaround and cost less money,” he explains.

For example, high schools get uniforms every three to four years and those tend to be custom and more expensive. Travel teams, however, usually buy stock uniforms every year, which are less expensive.

“Youth leagues and travel teams have the most growth potential because they’re steady and consistent,” he says, adding that high school sales comprise about 40 percent of Garretson’s basketball business, while travel and youth account for 60 percent.

Garretson sells Adidas and Under Armour and also works with 25 to 30 less expensive vendors for apparel. It also sells a lot of Wilson basketballs, which are the state’s approved balls.

“Our biggest competition comes from other websites and BSN, and every team dealer also has to compete against Nike, too,” Garretson says. “But because we buy through Sports Inc. we can compete with anyone on price nationally.

Meanwhile, at Blythe’s Athletics in Valparaiso, IN, owner Mike Blythe concedes that the basketball business, while strong, is “the toughest out of everything.” He notes that the sport has the most fans, but teams tend to be branded regarding shoes and apparel.

“For high school and above, Nike, Adidas and Under Armour are the main brands,” he explains, while the high school coaches also want free gear, warm-ups and shoes. “So you need to work it into your budget and work with suppliers to determine the coaches’ packages. Coaches expect product for free when they order uniforms for the team — it’s typically a three-year contract that calls for uniforms every three years and shoes every year and it’s very brand-oriented.”

Like other dealers, Blythe feels that the basketball shoe category is too tough to become a major category for dealers.

“Guys are influenced by marquee styles and brands and higher-priced shoes are there,” he says. “The shoe business in our area isn’t as strong as it was five years ago. Kids want something different.”

As a result, clothing is key, and not just uniforms.

Although there are plenty of kids to fill the rosters, Blythe points out that you can only sell 12 uniforms per team, meaning that it’s important to also sell fanwear to bolster sales. “Online stores for cheer groups, fan clubs, parents and team fundraising are critical to add more money to sales,” he says. Blythe’s also goes to local games and sets up booths for fans during halftime.

While online stores are an increasingly important component of the basketball business, they are also very challenging due to a vast selection of DTC sublimated jerseys, some of which come from overseas.

“You have to keep yourself competitive by offering quality, delivery and service,” advises Blythe. “You have to have expertise and samples in hand, not charge shipping and be better than your competition.”

Particular bright spots for Blythe’s include youth travel teams and the female business.

“The AAU competitive travel ball business is booming,” he says. “The uniforms feature wild, crazy sublimated jerseys, and reversible jerseys and shorts are hot right now. A set of reversible tops and shorts runs about $80 to $100 and it’s really cool stuff.”

The Hard Goods to Sell

There are plenty of opportunities for team dealers to make the big sell on big-ticket basketball items. Among the systems and products available in 2020:

1. First Team’s SuperMount23 simplifies the task of installing a top quality wall-mounted basketball structure. It is designed to provide wall-to-backboard extension distances anywhere from two-to-three-feet during installation to allow the unit to be fine-tuned to match the court markings on the floor.

2. Gared’s Hoopmaster Portable Basketball Goal is the choice for high school competition play and recreational facilities. Available with eight-foot and five-foot booms, the system meets NFHS and NCAA rules for competition play and can be adjusted for junior, women’s and men’s level of play.

4. The Jaypro Sports Elite 9600 Portable Basketball System, approved for NCAA and NFHS play, folds down to a compact storage position and fits through standard double-sized doorways. It adjusts eight-to-10-feet from the floor in six-inch increments.