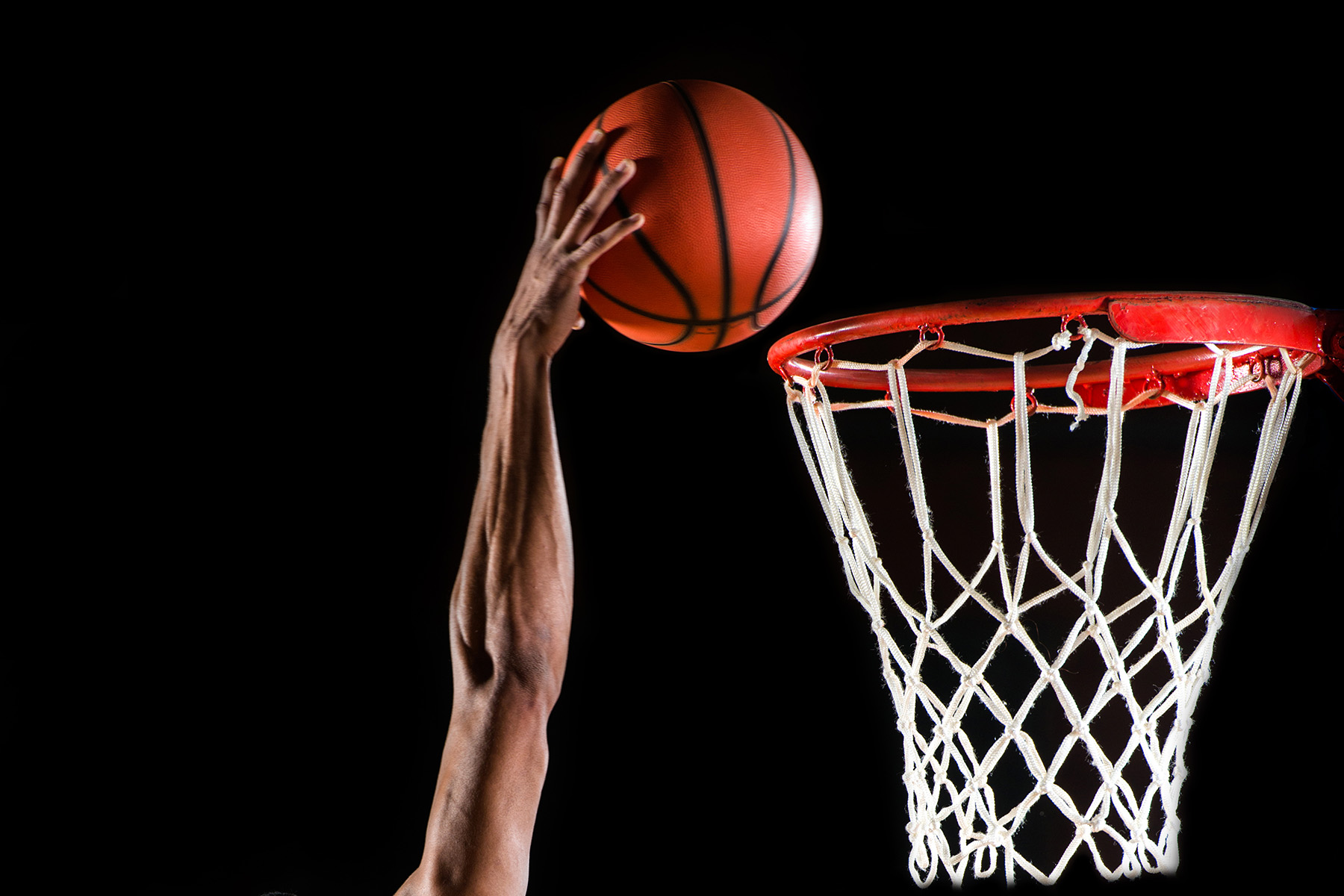 When team dealers look at the football market, they see the excitement of Patrick Mahomes coupled with the strength of J.J. Watt. In baseball, images of Aaron Judge’s power or Justin Verlander’s continued excellence hit home. For soccer, it’s all about Messi.

But when it comes to youth basketball, the image is more about the reliability and steadiness of a Larry Bird, with flashes of Steph Curry’s brilliance.

And for team dealers involved in the basketball category, that’s a good thing because in these uncertain sports times, steady and reliable are more than welcome — and it pretty accurately defines the state of the youth and high school hoops game as the 2023 season winds down.

“Basketball, due to its low cost of entry and the ability to play it recreationally, is the most popular team sports activity among the four key age groups — 6-to-17, 18-to-24, 25-to-44 and even 45-plus-year-olds,” according to SFIA’s recently released 2022 U.S. Trends in Team Sports Report. The research found that most basketball participants played recreationally in 2021 and more than half played competitively. Basketball was the top casual and core team sport among almost all age segments. But even among 18-to 24-year-olds, where it ranked behind soccer, basketball logged the fastest growth rate over the last five years.

As the SFIA report also reveals, “By gender, the largest one-year participation rates for 18-to 24-year-old females are basketball (6.1 percent). For men in the same 18-to 24-year-old bracket, basketball participation at 23.1 percent far exceeds the second and third most popular activities of baseball and outdoor soccer over the last year.” Moreover, there were approximately 3.9 million combined core and casual basketball players in 2021, far exceeding the second-most played sports for the age bracket in baseball at 1.6 million.

Now that COVID-19 is entering the endemic phase, basketball is coming back full-force, particularly at the youth and high school levels. For high schools, basketball is the third most popular sport for both boys and girls, according to the most recent NFHS High School Athletics Participation Survey. The organization is now focused on building back participation as well as recruiting and retaining officials and coaches.

Likewise, USA Basketball is looking to boost youth basketball this year and is working to provide opportunities for women and people of color. Expanding USA Basketball youth clinics and camps, growing the Women in the Game initiative, and building the new Torch Program designed to connect with and mentor young people of color are all on the docket.

All of these trends bode well for team dealers, many of whom note that the basketball business is finally getting back to “normal” despite some lingering supply chain issues.

“Business has been solid,” reports Dan Proulx, a buyer for Stateline Sports in West Lebanon, NH. “The hardest part has been getting product — we’ve had to scramble to find product, but we’ve been successful in getting what our customers need.”

He adds: “School teams had uniforms left over from the pandemic so they haven’t had to order anything lately, but sales of hardgoods such as basketballs, sticky mats, backboards, rims, nets, whistles and officials’ shirts are strong.”

Although Stateline Sports doesn’t service many travel teams, Proulx is happy with the school business. “We did a lot with high schools and elementary schools this season and we’re doing more with schools this year than we did last year,” he says. “Budgets seem to be steadier and schools are getting ahead and ordering early, which really helps us.”

At All-Star Sports in Florence, SC, president Wayne Grantham is finding that the basketball business “is doing fairly well,” but it’s still challenging to source hardgoods such as ball carts and gym equipment.

“Post-pandemic demand is getting back to normal and schools are buying a full spectrum of uniforms, shoes, equipment and inflatables,” he says. “Even through the pandemic, teams wanted new uniforms and demand has stayed high.”

Although All-Star Sports focuses mostly on the school business, it also services some travel teams, primarily on the recreational level.

“Travel sports as a whole have mirrored school programs in terms of demand and the requests are similar,” Grantham says. “School budgets are challenging in a lot of ways, but better education at the head coach and AD level have brought greater awareness of budgetary priorities at schools.”

“Basketball is primarily a uniform and ball business for us. We service lots of elementary and middle schools and sublimated uniforms and game balls are key items,” he points out. “We’re already most of the way through this season, so practice gear and spirit wear are big right now.”

Furthermore, he explains that elementary schools in his area had a “nice reserve before the pandemic and are doing well financially, whereas high schools have less money to spend and players have to chip in for their gear.”

In the larger scheme, says Bodart, “the basketball business is cyclical in terms of buying. We don’t sell shoes, but we handled a fair number of uniform orders pre-COVID and we did a lot of uniforms this past fall. This season seemed to be fine for uniforms, but the hardgoods side was more problematic.”

Travel teams are an important component of Hoosier Sporting Goods’ business and the dealer services two large travel leagues — one consists of kids from second through eighth grades, with two teams per age group, and the other covers third grade through middle school, with one team per age group.

“Travel teams order uniforms every year since kids outgrow their uniforms, which is good for us,” says Bodart. “Travel is a bigger business for us than schools because travel has more kids and the leagues order more uniforms, more often, than schools.”

Meanwhile, for Keith Manning, owner of Jack Pearl’s Sports Center in Battle Creek, MI, basketball is not on the sales leaderboard.

“The basketball business is average — it’s not one of our higher-end seasons,” he admits. “For us, basketball is about 50 percent uniforms and 50 percent hardgoods.” He notes that “travel is picking up a little bit more, but high school is not the greatest — it’s mostly balls, equipment and warm-ups.”

Manning points to warm-ups and shooting shirts – which kids purchase themselves and then keep – as the biggest sellers.

“Hardgoods sales have declined since prices have gone up, especially for balls. We do package deals with balls, but instead of selling 12 balls each to boys’ and girls’ teams, we’re now selling six and six,” he explains.

On a positive note, the dealer handles a lot of spirit wear orders for schools as well as travel teams, “more with high schools and middle schools than with travel, but we have a couple of big travel clubs,” says Manning.

“School budgets are getting cut a little each year and they’re not buying as much, so they’ve had to rely on boosters and fundraisers and coaches have also had to raise money. Even though schools aren’t buying as much, the coaches are buying products with the money made from fundraising.”

Although supply chain disruptions continue, they’re not as severe as they were at the height of the pandemic the past two basketball seasons.

“We’re definitely experiencing long lag times with deliveries and it’s tough with high schools that need particular items,” says Proulx, of Stateline Sports. “It’s been a challenge, but we’ve been able to keep up with it.”

For Grantham, of All-Star Sports, keeping track of each manufacturer’s available inventory has been challenging. “B2B portals for vendors are very important — when a vendor’s B2B site is accurate and up to date, it’s very helpful.

“The issue is whether manufacturers actually have what they say they have,” he adds. “Relying on B2B portals is easier than having to call multiple vendors for a particular item. Customers used to be brand-conscious, but supply issues have come into play and have necessitated flexibility in sourcing. People need function over branding.”

At Jack Pearl’s Sports Center, some orders for basketballs will be delayed unless they’re ordered early. “It’s a balancing act. We don’t want too much inventory, but we need to have enough,” Manning says. “We order hardgoods as needed because we don’t have the storage capacity to keep a large inventory. We do stock local school colors in basketball padding.”

As has been the case for the past few seasons, online team stores continue to be an important and growing part of the basketball business for most dealers.

“We use OrderMyGear and we operate a lot of online team stores, especially for spiritwear, which helps keep us going from month to month,” says Manning. of Jack Pearl’s Sports Center. “Our key time periods are August/September, February/March/April and November/December and the online team stores provide a steady business year-round.”

Likewise, Bodart, of Hoosier Sporting Goods, knows that online team stores are critical to his business. “It’s nice because coaches and schools don’t have to collect the money for the products, which eliminates the need for them to be bankers. The kids and parents order online and then we deliver,” he says.

Grantham, of All-Star Sports, considers online team stores to be a great resource to offer basketball teams flexibility and selection, while also moving the monetary onus onto the parents. “Players have a greater selection and from the dealer perspective, we can offer that flexibility to the end user. Customers can pick from what best fits their needs,” he says.

In terms of uniform styles, sublimation continues to rule the court. “High schools and middle schools are on a three-year cycle, whereas travel teams order uniforms every year. They get a little more life out of a sublimated reversible uniform. They’re a little more expensive, but they last longer,” says Jack Pearl’s Manning. “Sublimated reversible [garments] such as home/away jerseys are especially popular with middle school programs.”

All-Star Sports’ Grantham is always fielding requests for “cheaper and faster” and he believes sublimation technology has made huge bounds in reliability and speed. “Sublimation is easier, more forgiving and more functional,” he says. “However, many collegiate and high school varsity teams are looking for high-end fabric and decoration options, including tackle twill.”