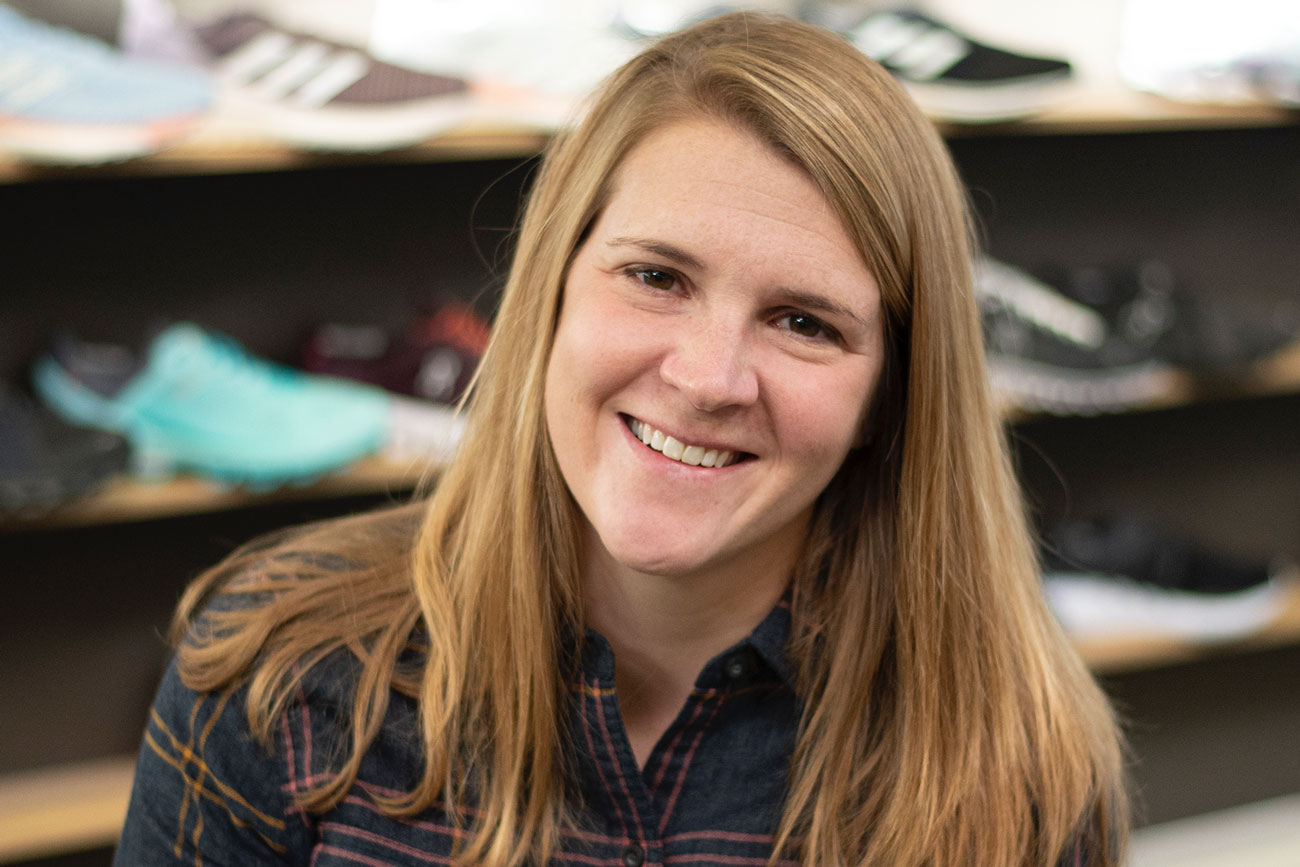 Running retail is facing a sea change in the way it does business, and Gazelle Sports CEO Jen Brummitt says she’s excited for what the future holds.

In June, Brummitt was named the Kalamazoo, MI-based independent running chain’s first-ever CEO. She assumed day-to-day leadership of the chain’s five Michigan locations, as well as its increasingly important online division, and in the position she’s been at the helm as the retailer navigated reopening after a 71-day COVID-19 shutdown.

In the new role, she sits on the retailer’s six-person Executive Team, guided by the Partner Team composed of Gazelle founders Chris Lampen-Crowell, Ken Sung and Jean Sequite.

“It was a pressure test for our Executive Team,” she said. “We had to make quick decisions, but it made us a stronger company and a stronger leadership group.”

Brummitt’s history may have given her a unique preparation for this moment. She started at Gazelle in 2003, while she was still in college, taking a part-time shipping and receiving job out of the retailer’s Holland, MI location. Over the years, she’s worked the floor, worked at the retailer’s team sales division, and in 2007, helped create and run the retailer’s website division. In 2013, she was named director of brand strategy.

All those pieces, she said, come into play as the retailer navigates what run specialty means to customers in 2020 — and how they serve them in the future.

“It’s not an easy time to be in retail; it feels uncertain,” she said.

All Gazelle store doors are back open, but it hasn’t been an easy road, Brummitt said:

“We had to lay off the majority of the staff, and I think the impact that had on company was significant. It shook us, the whole thing.”

The stores have been able to rehire a large percentage of the staff, she said (PPP funds provided a valuable assist), and Brummitt said the employees who have returned have jumped into navigating what in-store service looks like.

“It’s different. You’re talking to every customer through a mask, trying to social distance, locking the store if there are more than 10 people inside,” she said. “And traffic is still down. Every day is a new challenge.”

But an audience of new runners who started lacing up during the stay-at-home orders is a big opportunity, she said, one where the retailer’s digital arm will be key.

“Digital has been a focus, but now it can’t just be this really small percentage; it’s mission-critical to what we’re doing,” she said. “We have a renewed sense of what we need to do for that person who has found or re-found running and they really like it,” she said. "We have to build community the way we used to do it in a group run. It’s a reset of what we need to do to stay hyper-focused, in this time and in future.”

In The News: The Running Event, Boot Barn, OluKai, Oofos and More

Payless is Back Again