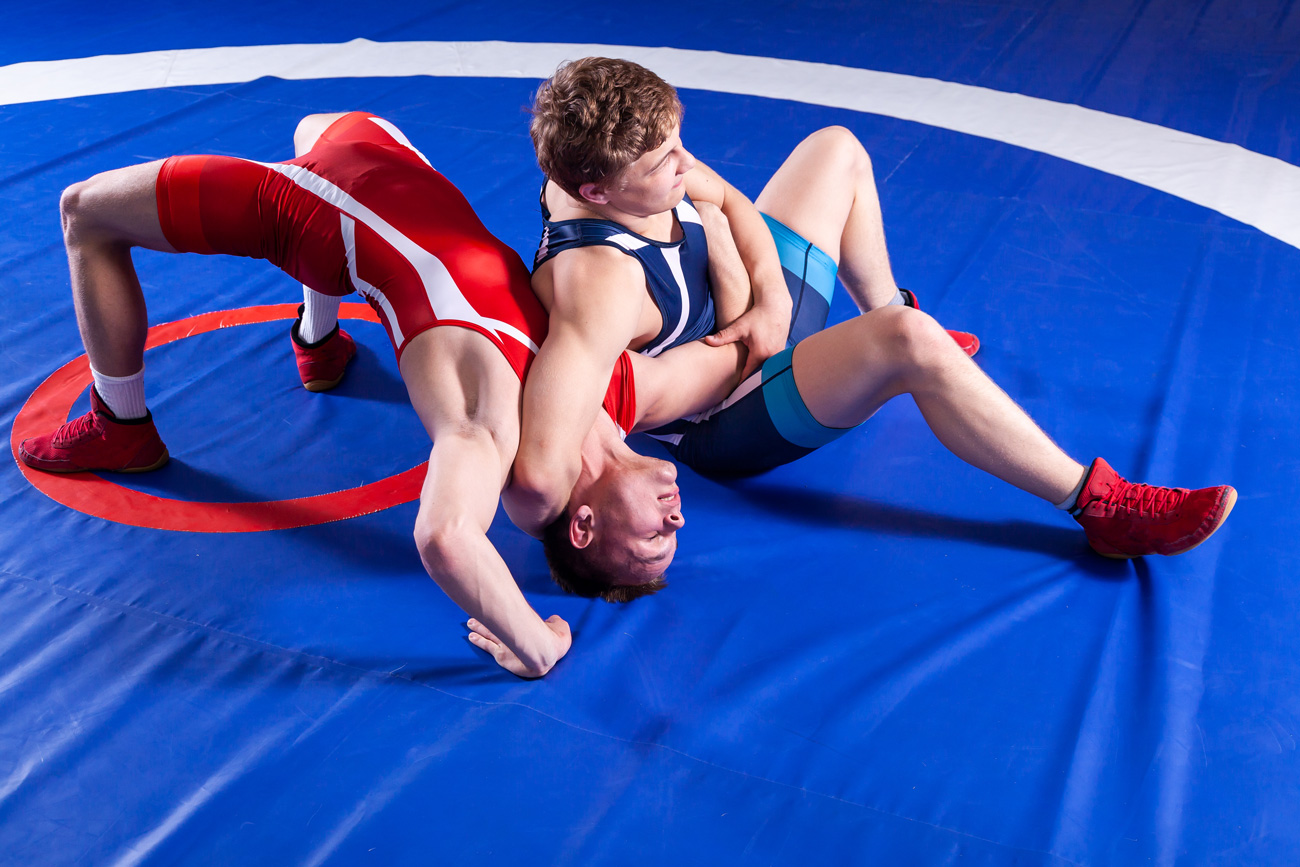 In grappling with ways to grow the sport, wrestling is pinning down new participants and rules.

In grappling with ways to grow the sport, wrestling is pinning down new participants and rules.

Wrestling’s governing bodies, product manufacturers and team dealers continue to go to the mat to help boost participation, awareness and, of course sales, and the efforts are paying off. Although the total market has been flat or slightly down for the past few years, there is reason for optimism. In its 2019 Single Sport Report on Wrestling, the SFIA reports that there were 1.9 million participants — about 1.5 million male and 357,000 female, accounting for 0.9 percent growth for this niche sport.

At the high school level, the National Federation of State High School Associations (NFHS) 2018-19 High School Athletic Participation Survey found that 247,441 boys took part in the sport, making wrestling the seventh most popular sport among that group. Although wrestling isn’t yet among the top 10 participation sports among girls (logging 21,125 participants), it seems only a matter of time until it makes the leap.

“Girls’ wrestling has been a focus of USA Wrestling since the 1980s,” says Gary Abbott, director of communications and special projects for USA Wrestling. “The sport is growing rapidly all over the country and girls’ membership has risen 12 years in a row. We saw 28 percent growth in girls’ wrestling last year alone at the high school level and we’ve seen consistent growth since 1990.”

He credits the increases with wider acceptance of the fact that women wrestle, which in turn has fueled more opportunities for female high school and college grapplers. He also points out that the Olympic Games in 2004 gave female wrestling a big boost.

“We’re now into the fifth Olympic cycle of women’s wrestling being an international Olympic sport. It’s gotten big and will only get bigger.”

On the male side, Abbott observes that men’s college wrestling has been making a comeback over the past few years and while participation in Division I is flat, every other level is growing substantially.

“In 2013, USA Wrestling fought a battle for the sport to retain Olympic status and we won,” he explains. “As a sport, we’ll work to remain relevant to youth and to grow and improve with the times.” Interestingly, he believes that surging interest in MMA competition has also positively impacted wrestling, because wrestling is a foundation sport in MMA.

Abbott and others in the wrestling market also credit the new uniform rule changes – which allow the use of traditional singlets or an alternate two-piece uniform consisting of shorts and a compression shirt – with helping to draw new participants. “It makes sense to provide that option. It’s helping to boost participation by making the sport more inclusive and available to all people by eliminating the clothing issue,” says Abbott.

“The new uniforms were intended to help stop the decline of participation at the high school level and on the boys’ side, the numbers look promising,” says Chad Clark, SVP of Cliff Keen. “Participation hasn’t rebounded to the all-time high in the early 2000s, but it’s trending in the right direction.”

Toward this end, Cliff Keen is continuing to invest in the sports growth by sponsoring more women’s tournaments, including the Women’s West Coast: Tournament of Champions 2019. The event, which was held in December in California, is the largest women’s wrestling event in the U.S. Three years ago, participation in the tournament started at roughly 300, doubled to 600 the following year and then leapt to 900 during the most recent competition.

“The growth has been huge, but it’s still not enough to offset the decline on the boys’ side,” admits Clark. “There’s still some work to be done.”

Regarding uniform sales, Clark says that Cliff Keen has seen a bump in two-piece uniforms and a slight decline in singlets, but within the singlet category there is growth in sublimated singlets.

“We’ve seen growth in two-piece uniforms in two segments — youth wrestling, which includes youth clubs and middle school programs, and big, heavyweight wrestlers,” notes Clark. “About 80 percent of our sales are singlets and 20 percent are two-piece uniforms, but we are selling thousands of two-piece uniforms — we’ve gone from selling very little to selling a whole lot.

Like USA Wrestling’s Abbott, Clark believes that the upcoming Olympic spotlight will attract more participants to the sport, particularly if the media generates buzz surrounding a feel-good athlete or story. In the meantime, Cliff Keen encourages dealers to make sure girls’ wrestling is on the radar.

One team dealer that certainly takes this advice to heart is Kansas-based Nill Bros. Sports, which operates two locations, one in Kansas City and the other in Overland Park. Owner Randy Nill has always been a big supporter of wrestling at the youth, high school and college levels.

“We think that the new uniform rules are having a positive impact on participation, especially girls,” says Nill. “It’s made an impact on new kids and freshman squads. The new two-piece uniforms are proving popular, particularly among newcomers to the sport who may be a bit more bashful and shy about their bodies.”

However, he adds, Nill Bros. still sells more traditional singlets than two-piece uniforms in Kansas. Sublimated singlets are a majority of its sales at this point as well.

Nill is satisfied with the wrestling business overall. “This has been a good season in sales for us and it was stronger than the past season,” he reports. “We anticipate more growth and increased participation next year.”

Top sellers include core products such as mat cleaners, mat tape, headgear, hair slickers and storage items such as mat dollies. On the apparel side, practice shorts and shirts, travel warm-ups and spiritwear do well, particularly in the dealer’s online shops.

“We’re a team dealer and we try to set up online stores for every sport. It’s very efficient and a big part of doing business today,” Nill explains.

Dale Keith, owner of Duke’s Sporting Goods, which operates one location each in Elizabethtown and Bowling Green, KY, is also enthusiastic about the wrestling market and the success of his business’ online stores.

“Wrestling is big around this area of Kentucky, although there are no girls’ wrestling here yet — just boys. The uniform rules haven’t really affected our business, but it could happen down the road,” he says. “For the time being, wrestling is a cut-and-dried sport. The coaches dictate what they want and send us the orders.”

Looking ahead, it’s hard not to be bullish on wrestling’s future prospects. “Wrestling is the oldest sport in the world — it’s been around since cave drawings and has been a part of both the ancient and modern Olympics,” says USA Wrestling’s Abbott. “This is an exciting time for the sport. Wrestling is in a good place and it’s getting better.”