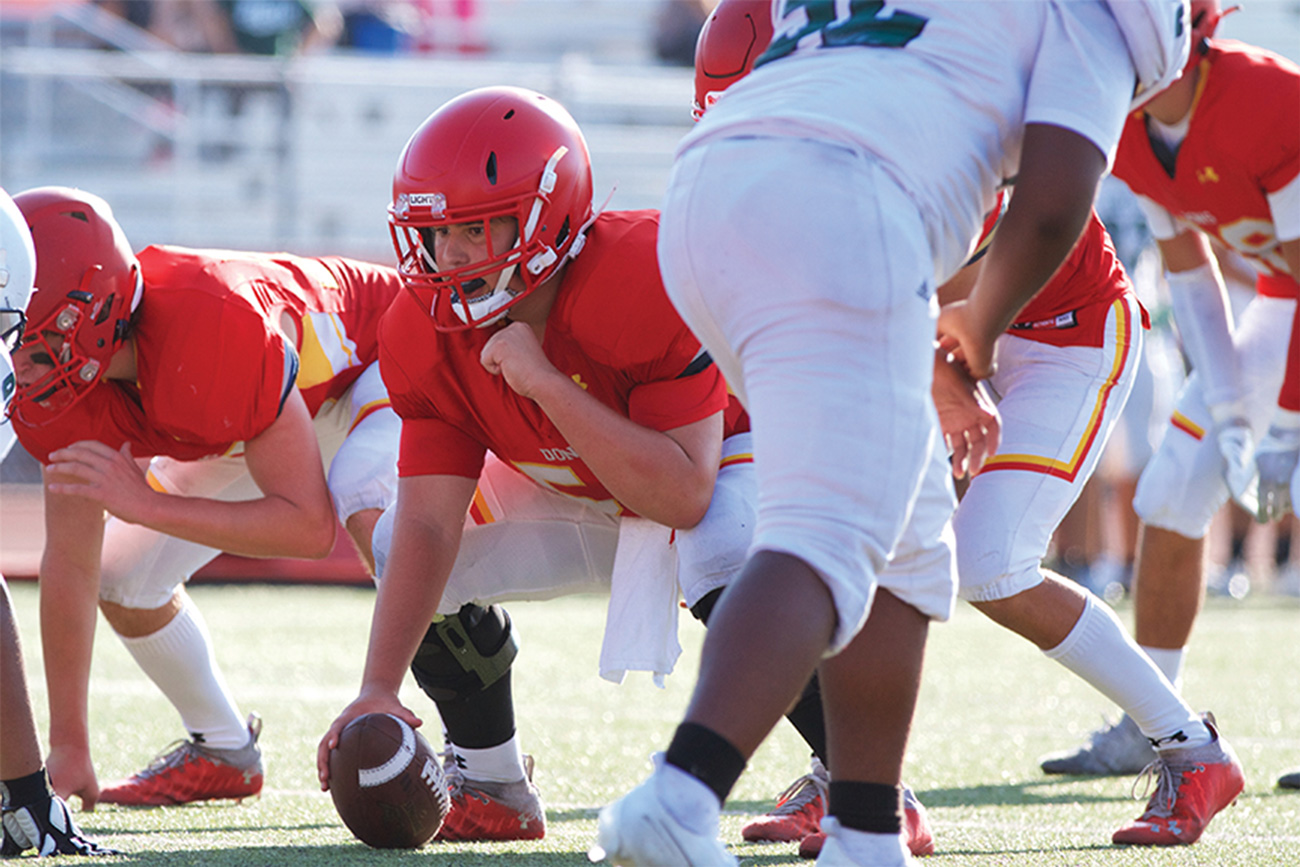 Light Helmets, first established in 2018 as SG Helmets, was the brainchild of former racecar driver Bill Simpson, who also founded Simpson Racing and Impact. After meeting Simpson, current Light Helmets CEO Nick Esayian and a group of partners and investors—including pro athletes, retired Navy SEALs, and a range of business execs—purchased the assets of SG Helmets and rebranded it as Light Helmets. The charter has always been to transition the best technologies from the military, aviation and pro auto racing industries into the sports helmet space.

Toward this end, Light Helmets opened a state-of the-art facility in Carlsbad, CA, where it uses advanced materials and technologies to engineer its helmets and headgear. It took about a year to start rolling out new products and then the pandemic hit, which slowed the sales velocity. Despite the setback, the company introduced three new helmets that earned Virginia Tech’s highest Five-Star rating, and the school also ranked the soft-shell SS-1 headgear No. 1 for flag football and soccer protection. Here, CEO Nick Esayian discusses Light Helmets’ growth strategy and the factors that are setting its products apart from the competition.

Team Insight Extra: What differentiates your products in the marketplace?

Nick Esayian: We saw an opportunity in the football space to really have two or three competitors [the same with baseball and hockey]. These vertical markets had never really been challenged and new materials hadn’t been brought to bear. There’s been evolutionary change but no revolutionary change. Our goal is to bring these advanced materials and put them on the sports field. In doing so, one of the big benefits is the reduction in helmet weight, which reduces kinetic energy and many impacts. We’re the first company that’s really addressed athletic performance [by making helmets lighter yet ultra-strong and protective]. In some cases, we’re taking two to two-and-a-half pounds off of absolutely the worst place you can carry it. There are also some real economic gains for our products. Our football helmets are resizable when they’re refurbished and nobody else does that.

What is your distribution strategy?

We have three pillars in terms of how we are marketing and selling. The direct channel is growing and as a new company it allows us to get our messaging out and build the brand, which supports our dealers because people will know who we are and will know more about our products. The dealer channel, which we’ve relied on since our first sales in 2018, is a critical component and the largest for us. Dealers have had relationships in place with teams, leagues and communities that it would take us years to reach and develop. We’re a member of Sports Inc., we support dealers across the U.S., and we also have one dealer each in Europe and Japan. The third pillar is a small, direct team in-house that handles inquiries from teams and leagues from areas of the country that may not have a dealer in that location.

How is Light Helmets breaking into a market in which there are very few manufacturers?

One of the first things we did was to put together a medical advisory board that helped us not only in the development of our products, but also in our communications and messaging with leagues, athletic trainers, equipment managers, athletic directors and coaches. We tied that together with our spokesperson, Drew Brees. We want to provide helmets and gear that [comprise] a ladder system [in which players can graduate into various models of our helmets as they advance in age and ability]. We hope to also do that in sports such as lacrosse and hockey, as well as in other ancillary commercial markets.

How do you convince team dealers to take a chance on such a new company and product line?

Our goal is to provide a product that nobody else is offering, primarily by bringing in advanced materials. We offer a composite shell, we have a unique liner [influenced by] military and auto racing helmets, and the facemask weighs half of what a traditional helmet’s steel facemask weighs, but is as strong if not stronger. All of this and more go into a three-pound helmet package that carries a Virginia Tech Five-Star rating. Our helmets are lighter and they outperform many of the helmets and wares that have already existed for years and years. Our helmets are also designed so that the sizes can easily be changed during refurbishment, and there’s an economic advantage to that.

What are team dealers telling you that they need, and how are you responding?

The dealers are hungry for information and want to be assured that our company will be around in the future. Our answer is that this company has existed since 2011 (initially in the form of SG Helmets), and we’re well funded. John Sarkisian, the former founder and CEO of SKLZ [maker of sporting goods and athletic training equipment] is also an investor and is on our advisory board. We’re opening new retail sales channels and dealers, and our momentum is in the right direction.

What is your inventory situation, when will Fall 2022 products be delivered?

We’re delivering right now. A custom order takes two to three weeks. We’re taking team orders from college all the way down to [DTC] individual orders. Everybody knows that there is a supply issue in the helmet space, and some of that has been bourn through the pandemic and some through international relations between the U.S. and China. Dealers want to know if we have inventory, and we do. The majority of our components are manufactured here in the U.S., and the components that are coming from overseas are lightweight enough that they can be shipped via airfreight and it’s not cost-prohibitive to us. We’ve got the ability to scale manufacturing and assembly for our products much more dynamically than some of our competitors. We’re open for business and ready to go.

Right now we’re doing all of the reconditioning here in Carlsbad, and we turn refurbished helmets around in roughly three weeks. We’re also talking to two or three reconditioners that are excited to work with us.

As a major player in the flag football market, how are you approaching the category and what is its potential?

Flag football is one of the fastest-growing markets in the U.S. Women’s flag football is growing rapidly and is even being considered as an Olympic sport in 2028. When we developed our SS-1 soft headgear we knew it would perform well. We focus as much on making sure that the wearer is protected as we do in assuring that the headgear won’t injure another player. For dealers, the beauty is that there’s no customization. Unlike other nylon materials that won’t work with stickers, you can put full sticker kits on our soft headgear. You can have team decals as well as sponsor decals, which allows the league to monetize that space and create a stream of revenue. And the stickers can be switched from year to year.

What are the next phases of growth for Light Helmets? Are there plans to expand into other categories beyond football?

Our plan now as we grow organically is to continue in the [tackle] football space with our helmets, and also in flag football and soccer with our soft headgear. We’re in the process of developing a hockey helmet and a lacrosse helmet, and we are eventually going to move into the snow space, skate and ebike markets. Optimally, we would like to get into the construction helmet business as well—a global market that is about 25 million helmets annually.

What is your approach to advertising and marketing?

We hired a digital marketing firm called STAK which helped us put together all of the foundational elements in our digital marketing campaign that we’re in the process of ramping up now. We’re doing a media push, and a wide range of videos—including with physicians that were involved with our helmets’ design—that will get pushed out on social media, and we’re doing deals with college players that are on very visible teams. We check all three boxes of informing people of the safety, athletic performance and economics of our helmets, and we hope that the dealers use those tools to get our products on field.