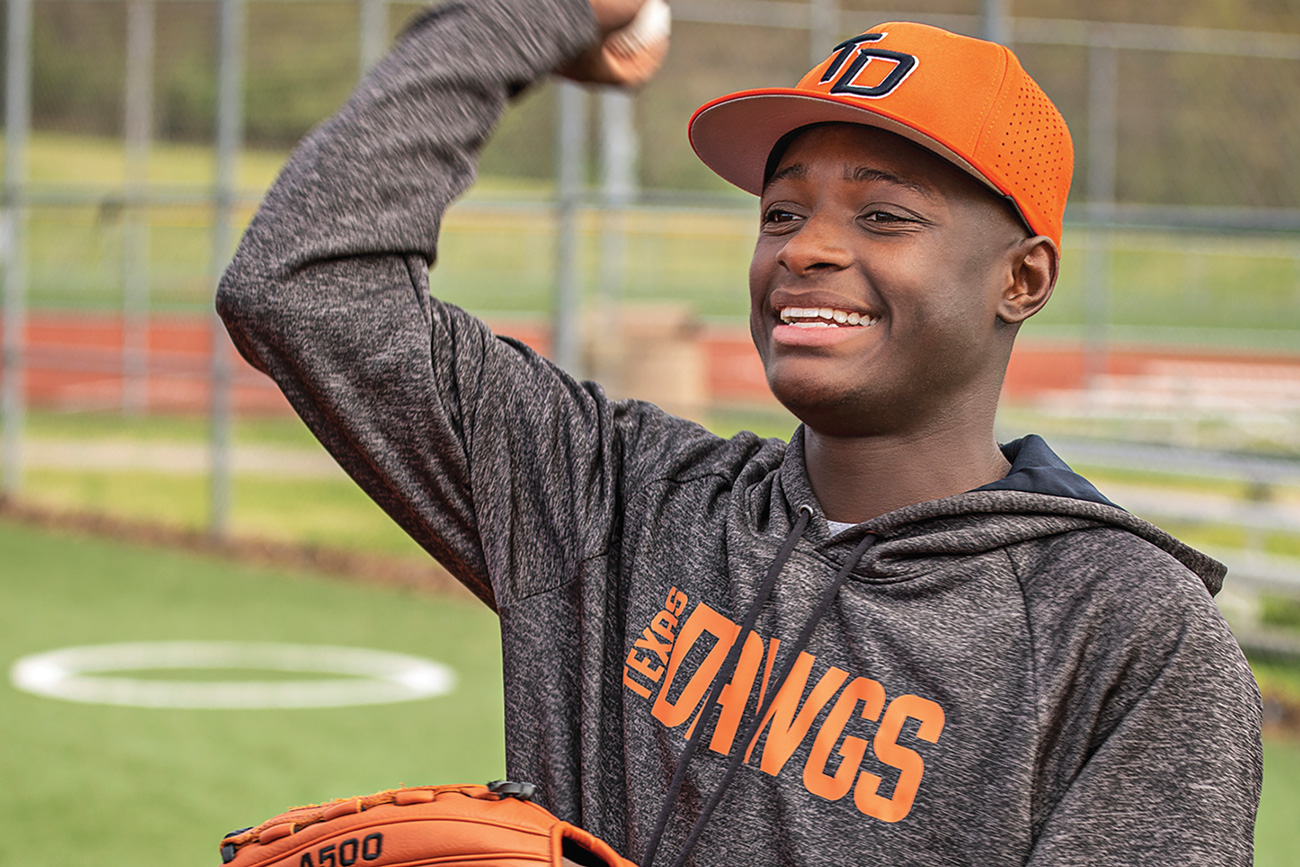 With demand returning for team caps, availability and shipping are key concerns for dealers.

With demand returning for team caps, availability and shipping are key concerns for dealers.

As athletes dust off their caps and return to the playing fields this summer and fall, team dealers thankfully no longer have to worry about whether or not they will have orders to fill, but other concerns take their place — specifically, will those orders arrive on time? Tops among the Summer 2021 challenges is making sure the item that tops it all off – the cap – is part of the deal.

Because as teams prepare for a post-pandemic world one thing is for certain — hats are back on top and the demand for them is alive and well. And as more states feel a sense of normalcy, team dealers who were previously on standby now have cap orders to fill once again.

“I couldn’t be happier to see that kids are back on the field,” says Jamey Mack, manager of Garretson Sports Center, Sterling, CO.

In Colorado teams are catching up on the seasons they missed and began hosting fall sports during the late spring and into the summer. With that, Mack reports that he’s had no issue with sales, but instead has had to deal with delivery problems and shortages. For that reason, whether he sells custom or stock caps depends on availability, since some products have no expected delivery date in sight.

Customers are for the most part understanding of the situation, he says.

“More and more people are willing to adapt and get orders even if it’s not what they originally wanted,” says Mack, referring to Colorado teams that are happy to get their heads in whatever caps they can since regular delivery dates have been pushed back from the normal four to five weeks to to six to eight weeks in some cases. Luckily, teams have no issue modifying their orders, which takes a lot of pressure off of team dealers, he says.

Illinois also felt the unusual circumstance of hosting fall sports in the spring. Like Mack, dealers there have seen sales skyrocket due to the sudden boom of sports coming back; however, custom stock doesn’t seem to be an issue despite the influx of orders.

“We got all these teams that want their logos on caps, so they’re getting them custom,” says Dave Mallory, owner of Mallory Sports, Wood River, IL.

Mallory reports that football teams in his area got back on the field in March at the same times as baseball and basketball. “All of the sports started out of season,” he says. However, the teams he sells prefer custom caps and filling the orders proved to be no problem.

In California, supplier delays have hurt both teams and dealers. While some counties in the Golden State alleviated COVID-19 restrictions considerably, Los Angeles County still adheres to strict guidelines. For teams in the area, restrictions combined with delays have posed a serious challenge for athletes trying to play ball — and to look good doing it.

“Most cases I would get orders placed and done in two to three weeks. Now when I place an order, it takes over one week to get an art proof, then another three to four weeks to get my hats,” reports Ryan Jeffs, owner of Jeffs Sporting Goods, San Gabriel, CA.

Jeffs says that the turnaround times from suppliers cost him his all-star business this year, which made matters worse as sales were already down to begin with.

“Orders are down because we have less kids playing because either they, or the parents, are still scared,” he says, pointing out that a number of his schools have half the number of players or, even worse, decided not to play.

As an example he points to a school that would normally fill three teams of 45 to 50 players but this year had only 18 players, enough for one varsity team with lots of younger players. “These teams would get blown out,” says Jeffs, who remains concerned about the ongoing difficulty of putting a team together for schools in the Los Angeles area.

The Rush For Stock

While dealers in other regions are back to normal in terms of sales, availability uncertainty forced some to push stock caps over custom in order to guarantee delivery. Unlike Mallory, many dealers are struggling to get custom orders and have instead found alternative ways to compensate to keep up with the demand.

“We are forced to order stock hats because of tighter deadlines with season schedules being altered this year,” says Dan Cordi, owner of Zappia Athletic Products, Vestal, NY, who points out that stock hats have posed their own problems with supply chain shortages, slower moving warehouses and shipping carrier delays. “The only part of the process we can control is our in-house embroidery and it has been pushed to the limit.”

In an effort to make up for the loss in custom caps, Cordi’s in-house embroidery department has been working overtime to decorate the stock caps. He reports that some teams didn’t order new caps this year since they never got a chance to wear their uniforms in 2020, but this still did not have a noticeable impact on sales.

“A couple of larger school baseball accounts did not purchase hats this year because they still have them unused from last year,” he says. “However, most accounts ordered as much or in some circumstances more than they normally do.”

This was the case for a Louisiana dealer as well. “Some of the rec leagues didn’t buy more caps and held on to their inventory,” says Matt Clark, owner of Posey’s Sports Center, Nachitoches, LA. But overall most teams were so eager to play games after COVID ruined the 2020 season they have been excited to order new caps.

Clark, like other dealers, also struggles with supplier delays, which is difficult since his sales returned back to pre-pandemic levels and have been that way for some time. With no choice but to switch suppliers, Clark says going with a different company allowed him to get the inventory he needs.

“I have a bunch of all-star caps coming in,” he says.

The Value of Team Stores

The ease of ordering online has helped team dealers during the pandemic and these online orders don’t seem to be going anywhere.

“Team stores have become vital to our business,” says Clark, who credits online stores to the exponential growth in business he’s seen since the beginning of February. Because of online stores, he now ships orders, including cap orders, directly to consumers, which he’s never done before.

For Mack, online ordering benefits both teams and their family members, especially when it comes to caps.

“I think everything online has become more important,” he says. Whereas parents, grandparents and siblings used to only be able to get team apparel in a store, now they can easily find what they need online, which has contributed to much-needed increased demand. “Online simplifies things for a lot of people,” he says.

Although, the post-pandemic world seems to be just on the horizon, it is still difficult for team dealers to predict the outlook for Fall 2021. With supplier delays slowing deliveries down, it’s hard to estimate just how long the backorders will last.

“Many backorder dates have been pushed back already. It could realistically carry into the fall buying season,” says Cordi. “We are hearing of employee shortages impacting the West Coast loading docks, vendor warehouses and shipping carrier facilities.”

Worry about these backorders extending into the fall appears to be a concern for team dealers everywhere; however, the optimism of returning to “normal” life is keeping some with high spirits as they begin placing their fall orders.

“Several schools in my area had tough seasons. So as of right now my orders are down, but with the hope that schools will be going back here full time in the fall, I expect to have my numbers up in the fall of 2021, compared to the fall of 2020,” says Jeffs.

Like Jeffs, Mack is waiting to see if Colorado will loosen restrictions in the fall. He is preparing for a good season with the expectation of more normalcy to come. For that reason his mind is set on placing his usual cap orders, just as he would have during pre-pandemic times.

“I expect to have normal ordering if everything goes back to normal,” he says.

The Team Dealer As Educator