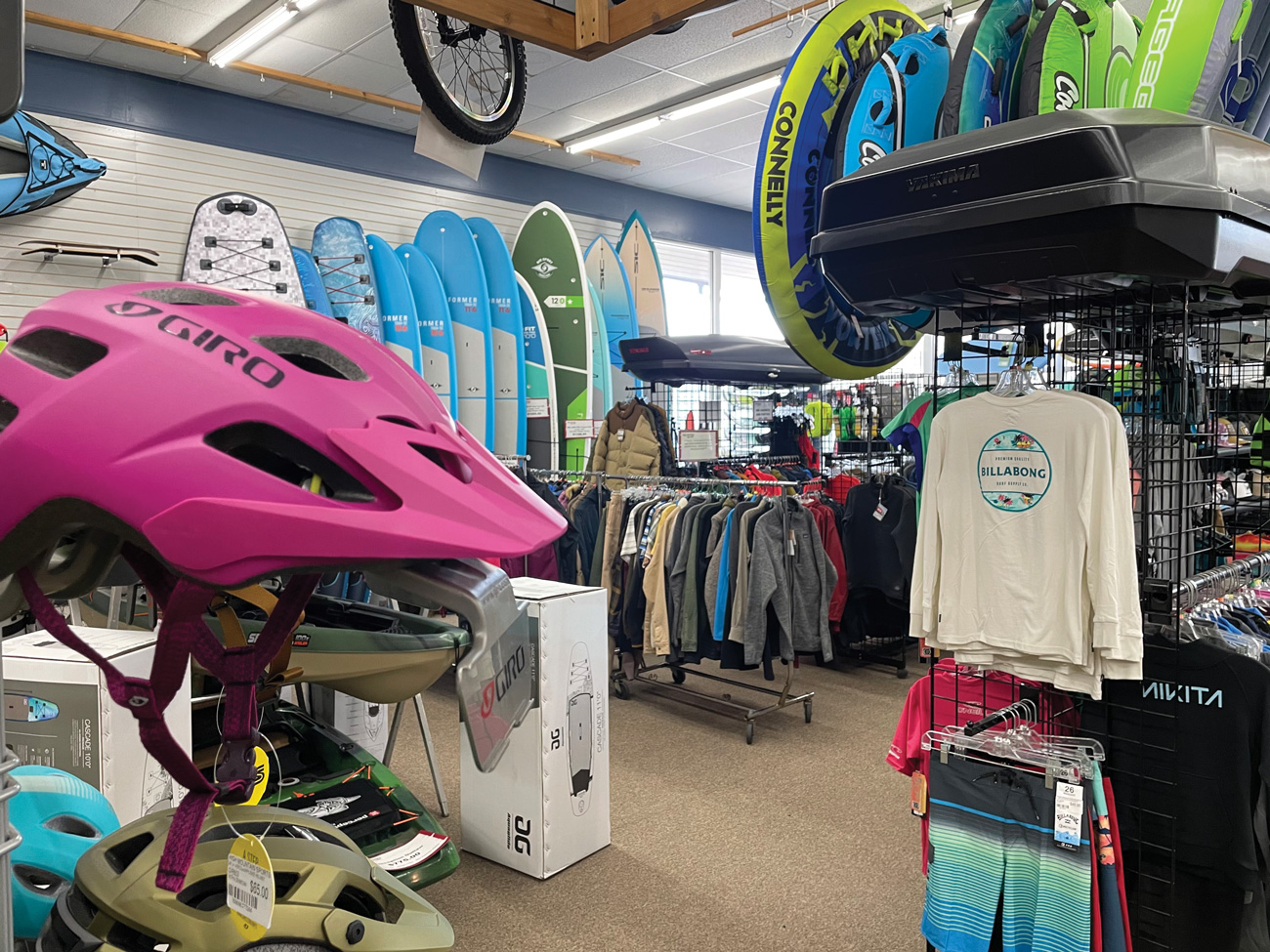 A popular destination for vacationers by the lake in the summer and skiers in the winter, Oakland, MD-based High Mountain Sports saw an uptick in both its summer and winter business over the past 12 months.

“This last month is the first time in about a year that we’ve been able to breathe,” says High Mountain Sports owner Steve Green in describing how busy the shop has been

Located right on Deep Creek Lake, a resort spot that draws vacationers from Washington D.C. and beyond, High Mountain Sports does more dollar volume business in the summer, says Green, but a small, nearby ski resort also drives winter snowsports sales at the store, too.

“It was a good snow winter, and with capacity limits inside the store, we had a line out the door every day from December 11 through New Year’s Day,” says Green. “I had to hire high school kids to come in and count people. It was nuts.”

Back in March 2020, when the pandemic took hold, uncertainty caused a lot of pressure, though. “We laid some employees off and were trying to figure out how to make this work,” says Green. “We started bringing employees back after a few months and we have been getting back to normal.” 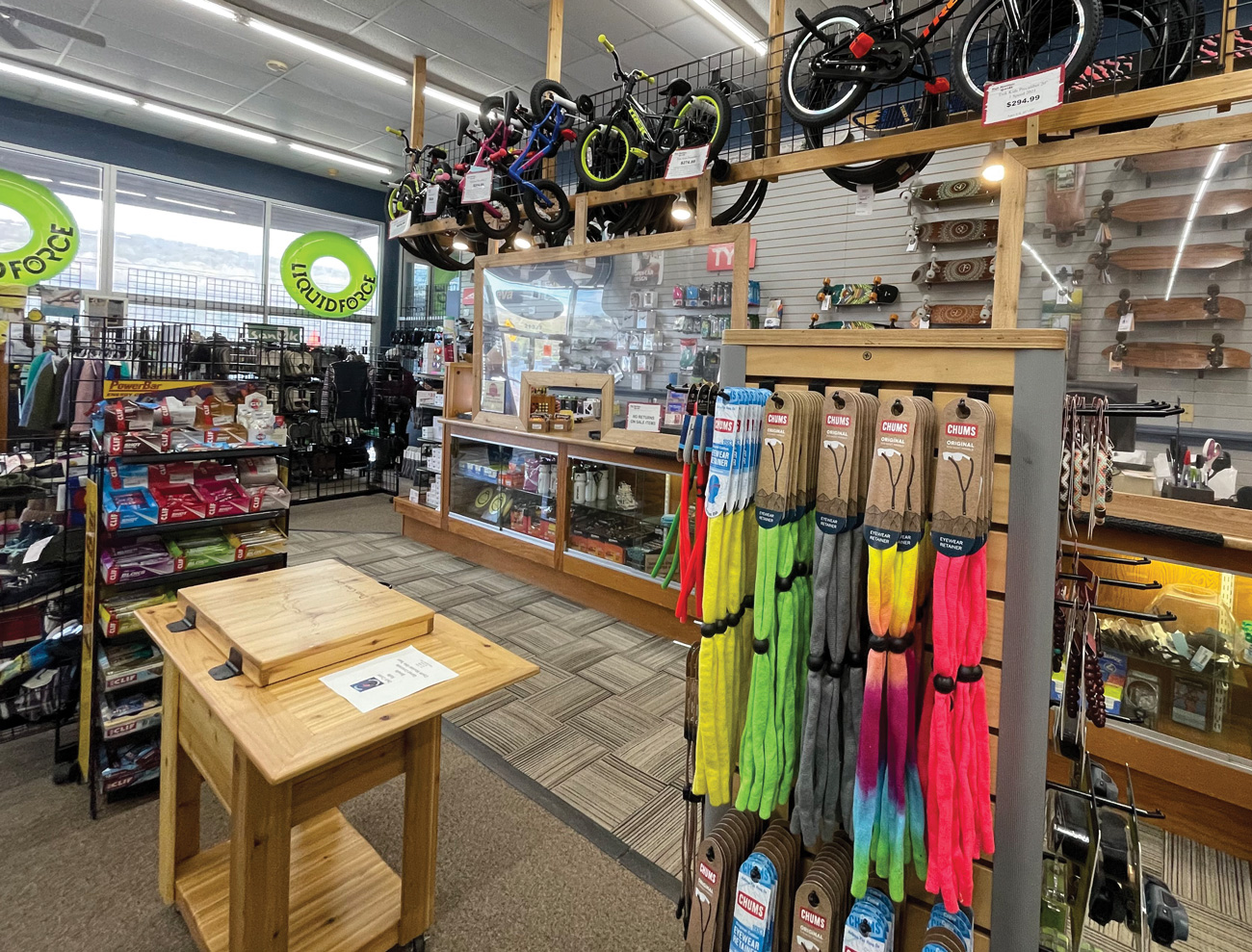 Now the problem the shop is facing is similar to what other stores are facing — inventory issues. “We were lucky that we [were stocked] fairly heavily in hardgoods last year. It was a real good hardgoods year. But now bikes are impossible to get beyond what we ordered last year and we are having trouble getting our rental kayaks and rental paddleboards, which is going to be an issue as we do a large rental business. We are crossing our fingers hoping we get that. And some reps are not returning phone calls so it is hard to tell where we are at.”

“I had to hire high school kids to come in and count people. It was nuts.”

In addition to bikes, kayaks and SUP, Green says he saw both skateboarding and snowboarding rebound this year, as well.  Apparel is bouncing back now, too, as people get more comfortable trying clothes on in the store again.

Green says he has spent “a ton of time this past year scrounging for merchandise” where he could get it. “You just have to keep looking,” he says. “I have backed up some watersports orders for the summer that I normally wouldn’t do. We went out on a limb and took a chance based on last year’s strong sales.”

Of his vendor relationships, Green says, “At this point last year we had a lot of vendors helping us out and offering discounts on product. Vendors had a tough year, too. They didn’t know what was going on either. But there are some vendors that are taking a more direct-to-consumer route. We are taking note of that. They are offering big discounts on their website while we have that product in our store. That’s not good. At some point we’ll have to figure that out.”

Green is optimistic about the next year, despite some lurking challenges. “I think people have seen  that they like doing these things outdoors and are more committed to it. A lot of people tried kayaks and SUP for the first time and now they are going to bring their friends back to try, too. Aside from supply  chain issues, I am really stoked going forward that we are going to have a good year.”

A key lesson Green says he learned this year is to “be adaptive.” He says, “You have to realize that things are going to change and just roll with it. At this time last year I had to learn to give myself a break. There is a only so much I can control and do and at the end of the day you have got to go home and realize it is what it is, and we’ll figure it out tomorrow. Giving myself a break is probably one of the biggest lessons I learned.”

8 Specialty Retailers Weigh In on the Industry’s Key Issues