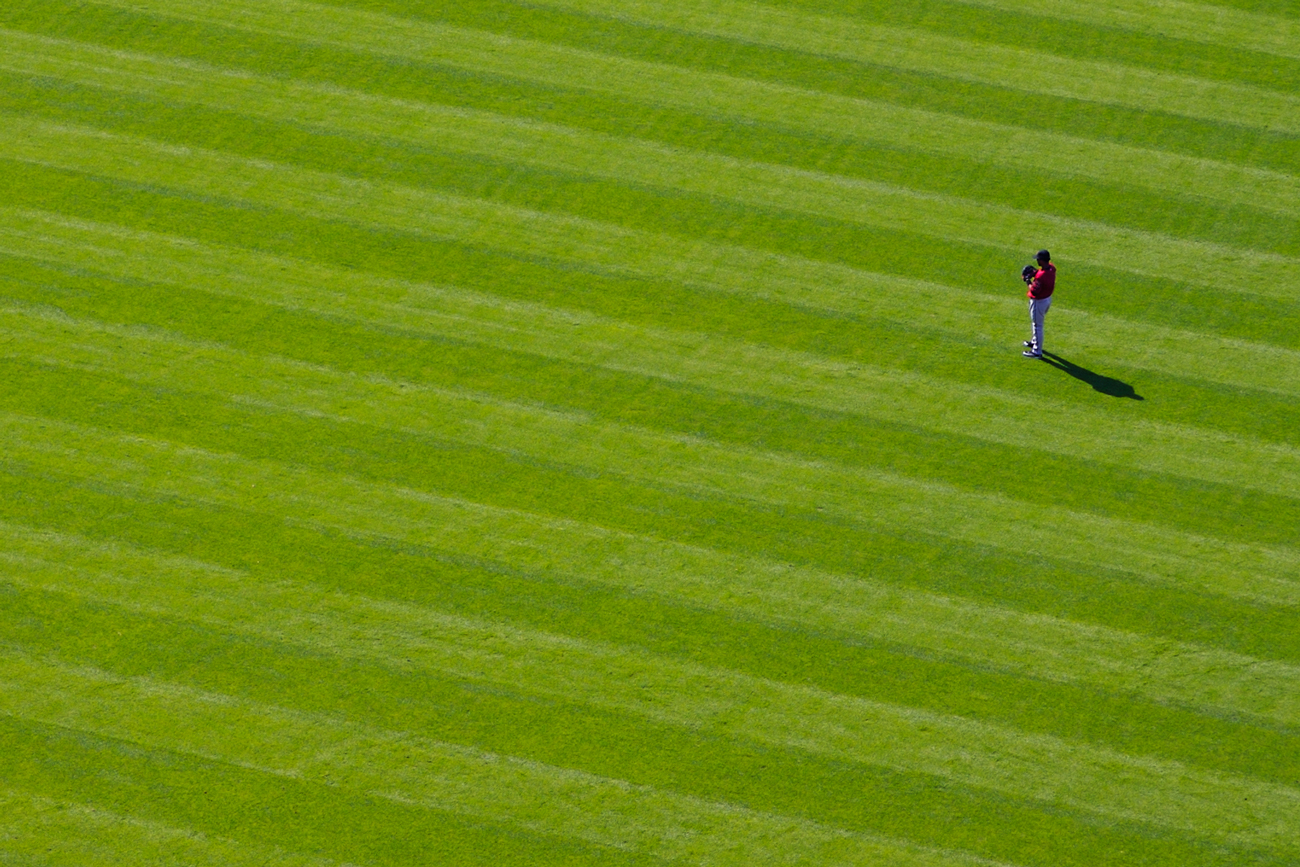 To use a backyard sports metaphor, the Spring 2020 baseball and softball season was one big whiff for the team business. Never before has an entire season been sent to the showers, leaving dealers holding inventory, receiving cancelled POs and longing for the days when tracking down a late delivery was their biggest concern.

For the entire sporting goods industry, and the team market in particular, the coronavirus pandemic has put a screeching halt to what began as a strong and promising year. In January and February 2020, team sports equipment was in great shape, logging a volume of $803 million, up 13 percent from the year-ago period of January and February 2019, according to NPD Group. However, this lift was offset by the COVID-19 losses in March through May. NPD reports that sales of Non-Wood Bats declined 46 percent (-$89 million), sales of Baseball/Softball Gloves and Mitts dropped 36 percent (-$57 million), and Batting Helmet sales plunged 49 percent (-$26 million) for the five months ended May 2020.

That’s a triple play no one in the industry saw coming.

Now, as the U.S. gradually reopens for business, the hope is that kids will go back to school this fall and that team sports will figure into the equation. But for now, most team dealers are feeling as though they’re in limbo and are anxiously awaiting decisions from state and local governments, health authorities and school districts. They lost the spring baseball and softball seasons, and summer leagues came back in only a few regions. Fall Ball has offered some sales bump, but for the most part now they can only hope other sports return in the fall so their bread-and-butter diamond sports can return safely in the spring.

“We’re primarily involved in the school business but the season got cut short,” says Dan Carey, owner of Carey’s Sporting Goods, which has been operating in Fort Worth, TX, for 42 years. Although some baseball and softball travel teams are playing this summer, he believes that until a vaccine becomes available, sports will mostly remain on hold.

“Schools will come back, but Texas might’ve jumped a little too fast. The situation is bleak. We’re writing business, but not at the level we’re used to,” he says. “Schools are all over the wall with this  —it’s crazy and very discouraging. The problem is the unknown; it’s hard to plan. It’s like trying to put a jigsaw puzzle together blindfolded.”

In Southern California, organized baseball and softball remain on the sidelines, reports Kim Karsh, owner of Harbor City, CA-based California Pro Sports. “We’ve had coaches try to run small practices, but they got kicked off the fields [by city Parks and Rec personnel]. Fortunately, for the regular season we got everything delivered before the shutdown happened in mid-March.

“The situation has hurt our All-Star business for uniforms, bags and spirit sales —it’s been a tremendous loss of income,” he adds. “Athletic directors are telling coaches not to step onto the field and not to have contact with any kids.”

Karsh observes that while people are eager to get out on the diamond, everybody is being extremely cautious.

“It looks like people will be back out playing in October — it won’t be big, but diehard baseball and softball teams and groups will be ready to play the minute they get the go-ahead,” he says. In the meantime, California Pro Sports has sold some bat grips and practice balls, but bats and gloves have been very slow movers, and batting gloves and shoes haven’t sold at all.

“There’s no demand right now, but hopefully once things start up the floodgates will open,” Karsh says. In the meantime, customized facemasks with team logos have been extremely popular, and vendors have adjusted their programs and have plenty of stock, leading to a positive outlook for dealers – but not necessarily their vendors – in 2021.

Some Action In Indiana

Unlike in Southern California and Texas, baseball and softball are gradually starting to come back in Indiana, proof of just how much the team sports landscape differs between states and regions due to the pandemic. Mike Blythe, owner of Blythe’s Team Sports in Valparaiso, IN, says his business is down about 40 percent in baseball, but people are anxious to get back.

“We did about five Little Leagues this year compared to 17 last year, and camps are doing well now,” he reported in mid-July. “It’s taking a little longer to play because people want to figure out how to do so safely.”

In a case of turning lemons into lemonade, he notes that parents are bringing their own chairs to the games instead of sitting on bleachers. As a result, he says, “we’ve seen an increase in chair sales and we’re able to decorate the backs with player names and numbers and team logos.”

In the softball category, Blythe mentions that adult teams are playing, the men’s leagues are up and running, and youth, travel ball and town leagues are starting to pick up again. Yet, people are now waiting until the last minute to make purchases.

“Last year we had a lot of orders put in, but when things got cancelled we had to issue refunds. We went from $1 million in sales during a typical April to $65,000 this past April  —it was a tough month for sure.”

He believes that people may have reacted a little too quickly to shut things down, and that perhaps having fewer games and longer seasons to get in more play would’ve been better. But on the bright side, he says, “I expect a lot larger Fall all season than ever before. A recovery is coming.”

As summer moved along Blythe’s Team Sports is doing well with practice balls, training aids, helmets and helmet shields, sanitizers and cleaning sprays for equipment. Teams are also buying extra balls and a lot of throw-down bases, which help to spread kids around the field. Sales of bats and gloves remain soft.

Another saving grace has been online stores and contactless sales. “We’ve been able to add products to online stores such as socks, balls and hand sanitizers, and include logos on the whole package,” Blythe says. “The more you can add on and keep people from having to go into the physical store, the better business will be, because people are hesitant to embrace in-store shopping right now.”

Predictably, masks with logos are huge right now for Blythe’s, which offers a quick-pick mask with a choice of 25 school logos. The dealer can print a single mask and provide same-day service, and can also do custom printing since customization is key when selling masks as fanwear.

With baseball and softball not dominating its time this spring, Blythe’s turned to alternative revenue streams, with graduation signs and banners a big seller in its online stores. They were often tied in with fundraisers and parents were happy to be involved.

Blythe emphasizes that the key to succeeding in this pandemic environment is to adapt, make changes, think and brainstorm. “The virus is definitely a changer, but not a defeater,” he says. “You just have to figure out how to adjust quickly.”

Meanwhile, Dale Keith, owner of Duke’s Sporting Goods, which operates one location each in Elizabethtown and Bowling Green, KY, says local baseball leagues – comprising about 31 local teams – just started up in early July, but other surrounding counties are not playing yet.

Softball teams remain benched for now, and there’s still debate about when kids will go back to school.

Keith doesn’t think that there’s much potential for summer/fall baseball and softball because it would interfere with fall/winter sports such as football, basketball and soccer. (Editor’s Note: In early June, Duke’s merged with Campbellsville, KY-based H+W Sports. The stores will not be renamed, and the deal makes the combined company one of the top 15 Adidas dealers in the nation; Duke’s was already the second-biggest school jacket seller in the U.S., and this may push it into the top slot.)

“Our spring season was fine because we got the bulk of our business done before the virus hit. However, the youth camps weren’t done this year, so that really hurt,” says Keith. “Now, we’re trying to order only what we need and to use what we have in stock — we’re being very conservative.” Although baseball and softball products aren’t selling well right now, basic pants, belts and socks are holding steady, unconventional items such as masks are in big demand and there have been limited sales of balls, gloves and bats.

“In addition to the cancellation of play, many people are also limited on funds and are being very careful about spending,” Keith explains. “It’s mainly younger kids new to the game that are buying equipment — most other kids already have their own gear.”

A key to a team dealer’s survival in these challenging times is its relationship with its key vendors, which can make or break a business when times are tough. Fortunately, those relationships are strong throughout the team business, with the buying groups playing a huge role in that strength.

In fact, many team dealers have been pleasantly surprised with the responsiveness they have seen from their key partners during the coronavirus crisis. “Most have been spectacular,” says Carey, of Carey’s Sporting Goods. “I’m very proud of our industry. We’re all partners and we need each other.”

Blythe is also heartened by what he’s experienced, particularly from smaller vendors. “The smaller players have been terrific, but the big guys haven’t been as responsive,” he says. “With smaller businesses, it’s more of a personal relationship.” He singles out Augusta Sportswear, Badger Sport and Champro as being “fantastic partners that provided extended dating, eliminated restocking fees and were overall very understanding of the situation and willing to communicate.”

For now, there is general consensus that while the pandemic has temporarily turned business-as-usual – especially in the baseball and softball markets – on its head, the effects will not likely be permanent. The expectation is that things will return to normal once a vaccine becomes available and that the Spring 2021 season will see some sort of return to normalcy for baseball and softball.

“Right now, we’re living day to day, making do and adapting to the situation. But I see positive things in the future,” says Keith, including for his key diamond sports business.

In fact, as the pandemic continues to drag, the willingness and ability to remain flexible and adaptable will determine not just which businesses will survive, but which will also thrive. As famed basketball coach John Wooden put it, “Failure is not fatal, but failure to change might be.”